Today I am joined by State Member for Narracan, Gary Blackwood, to discuss the Memorial Service for the Vietnam Veterans and Veterans Motorcycle Club - Gippsland Chapter. The service remembers those who served during the Vietnam War and commemorates the 55th anniversary of the Battle of Long Tan. 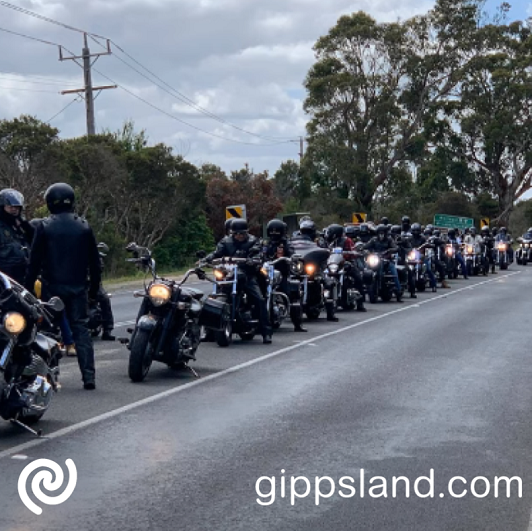 Member for Monash Russell Broadbent said, "There's very special days that members of parliament keep as part of the community activities. Anzac day, Australia day, of course. but a very special day locally for us, the Vietnam Veterans Motorcycle Club at Longwarry North. And this Sunday, every year we keep sacred to make sure we are there for them. They are a different group of people."

It's spectacular when you see all the motorbikes lined up on the old highway up north. They then go into a very song ceremony where the ode is read, it's quite an emotional day because of who they are. T-Rex comes to mind and I said to him one day, "Why do they call you T-Rex?" He said, "Because I'm a tunnel rat."

And I said, "How did you possibly do that? What made you feel, if you could possibly feel comfortable going down into a tunnel during that war?" He said, "Cobwebs." And I have to think for a minute, "Why cobwebs?" He said, "That means, no one went before you for the last few minutes."

Best wishes for the participants

And just to think what they went through is quite amazing to see them all together on the day is something very very special, that's why we hold that particular day, both Gary and I. its a master to have to be always there with our partners, with our brethren Bronwyn, and we do it to recognize them and make them special

So, we're sending out our best wishes to them today, for next Sunday, sitting here today, with the COVID restrictions that we have, I won't be able to go because I'm from a lockdown area. Not from the regions, but I just wish you all the best, wish I could be with you but I can't, but I'll be thinking of you on the day. 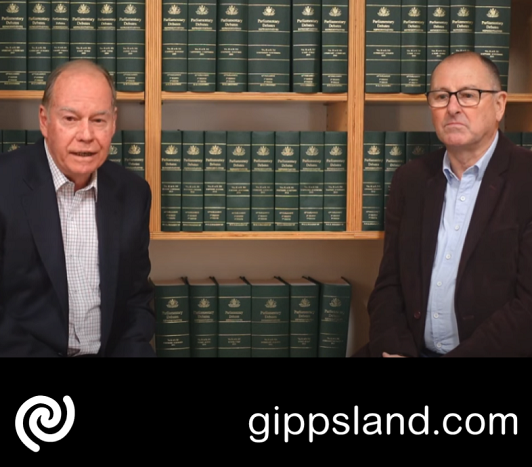 Member for Narracan Gary Blackwood said, "They are special, we have to recognize them, we have to certainly let them know that they have our support as leaders in our communities, it's important that we show this group the support they deserve and then our community will follow, and they have followed in this area. They very very much support the Vietnam vets. and in particular , the Illinois North Vietnam vets motorcycle club as i said before, it's a clubhouse, it's a venue."

"It's somewhere for them to catch up and relax, knowing that each of them have been through. This day is so important for them. It happens to be around the anniversary of long term. Important celebration for that fact alone, but over the years, I think, 15 years now since I've been going to this event."

"We've had some guest speakers, and people that actually understand what our Vietnam vets went through. But also the club is open to modern day veterans. so all those veterans returning from Iraq, Afghanistan and other theatres of war that need that Conrad ship that need that makeshift and support, they are very welcome at the Vietnam veterans motorcycle."

Defense of our country

Mr Blackwood also said, "Given the experiences they've been through in defense of our country and the impacts of those experiences. As a group they get on very well together and they support each other but life has been difficult for most of them but this day is even more special because it's another opportunity for them to get together.It certainly is spectacular to see all those motorbikes lined up along the old highway."

"And then, as you know the day starts off with the flyover from the roulettes from sail from the raft basin sail, and then we have the cenotaph party that comes along to call us to order, then we usually have a prayer don't we? I think we have a prayer poem from one of the veterans themselves, and also a guest speaker who's usually very very good and very appropriate for the day." Concluded Mr. Blackwood.

Overview of the battle of Long Tan

The Battle of Long Tan is the most recognised Australian battle of the Vietnam War. In a decade-long war that, for the most part, consisted of small contacts, Long Tan was one of the exceptions.

The Battle of Long Tan is the most publicised Australian battle of the Vietnam War. In a decade-long war that, for the most part, consisted of small contacts with an enemy that was reluctant to engage in pitched battles, Long Tan was one of the exceptions.

The catalyst for the battle was the VC (Viet Cong, an abbreviation for Vietnamese Communist) attack on the Australian operational base of Nui Dat, located in the centre of Phuoc Tuy. The attack occurred during the early hours of 17 August 1966, with the VC using mortars and recoilless rifles.

The Australians had only recently established the base at Nui Dat, from which they sought to operate and assert control of Phuoc Tuy, the province for which Australia had operational authority. While the attack caused only limited damage, it perturbed the Australian Task Force Commander, Brigadier Oliver Jackson, as he recognised the base's potential vulnerability to a significant VC attack.