The hunt is on to catalogue and celebrate Latrobe City's biodiversity as the Great Southern BioBlitz 2021 blooms across the hemisphere.

Students, nature lovers, photographers and citizens of Moe, Morwell and Traralgon have been tasked with finding and identifying as many species of flora and fauna as possible as part of the international project. Rather than engaging biologists and other formal scientists, BioBlitz 2021 uses the free, user-friendly smartphone based, 'iNaturalist' app to allow anyone to record and share observations of local plants and animals by uploading photos taken in their towns. 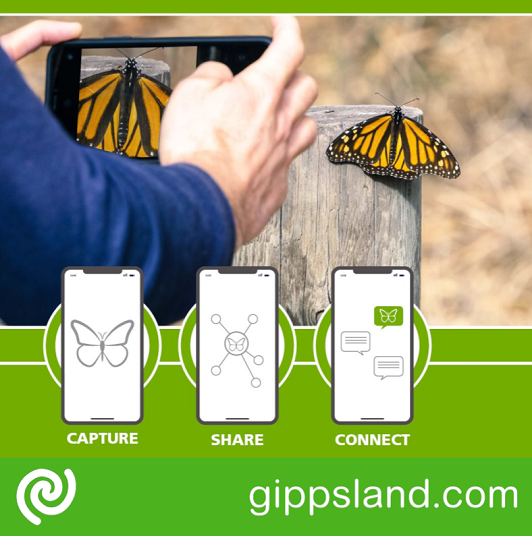 Be a part of the Great Southern Bioblitz (GSB) in 2021 for its second year running by get get involved in the Southern Hemisphere's largest citizen science activity in 2021!

More than 50 local residents jumped right into this exciting citizen scientist experiment in its opening week, with more than 1,700 observations made and 650 separate species identified off the bat.

Latrobe City Mayor Sharon Gibson said BioBlitz was an educational way for community members to enjoy the outdoors and celebrate the arrival of Spring. "We are calling on local residents of all ages to become Citizen Scientists for the month of September and October to help us identify and monitor the wildlife and native plants in Latrobe City's green spaces," Cr Gibson said.

Cr Gibson said, "By contributing your photos you can help researchers all over the world track changes in biodiversity. It's the perfect way to interact with nature in your local area and learn a thing or two along the way."

"Latrobe City's many reserves, parks and gardens are ideal places to find interesting plants, animals, fungi and insects to photograph. You could even have a look around your own backyard, or explore your nearest rail trail for inspiration."

Joining the experiment is simple; just download the 'iNaturalist' App on your phone to sign up and create your profile, then join the 'Great Southern BioBlitz 2021- Latrobe City' project. Then you're ready to head outdoors and snap close-up photos to upload.

For more information, phone Resource Recovery and Environment at Latrobe City on 1300 367 700 or email RRE@latrobe.vic.gov.au.