Members of the Ellinbank Badminton Club and local community have gathered to officially unveil upgrades to the clubrooms and kitchen facilities in concert with the club's milestone 75th anniversary celebrations. 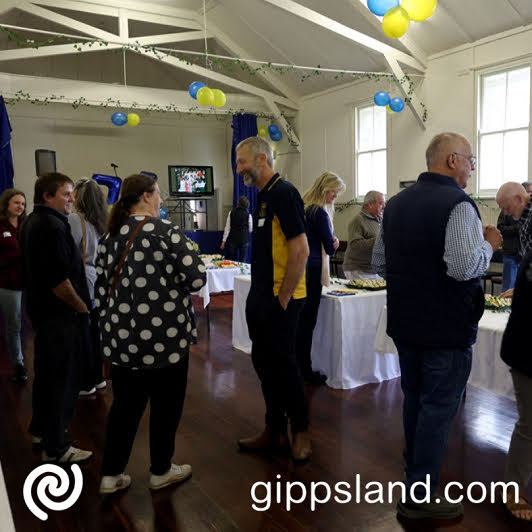 As part of the grant funding, the club completed a range of works including:

The renovations were officially completed in early 2021 using local supplies and trades with much of the hard work undertaken by the club's volunteers themselves, however with the disruptions of Covid19 the club were not able to reap the benefits until recently. Ellinbank Badminton Club President Ken Young was thrilled with the outcome. "The project has been a huge success for our club. It has been required for many years as the old kitchen was small and hard to work in." Mr Young said.

"Players from other clubs have been telling us how great it is, and the parents of our juniors and after school program children are also impressed with the improvement. We have already seen an increase of members in our club and believe that as we provide better facilities, we will gain more members and therefore continue to support our local rural area". Mr Young said.

"It was a pleasure to join the club and surrounding sporting groups on Sunday as they officially showcased the incredible upgrade works and a fitting way to celebrate the clubs 75th anniversary." Cr Leaney said.