Local lifesavers from Venus Bay SLSC were among 11 Victorian clubs to compete at the 2022 Australian and Interstate IRB Championships in Mollymook, NSW last weekend. 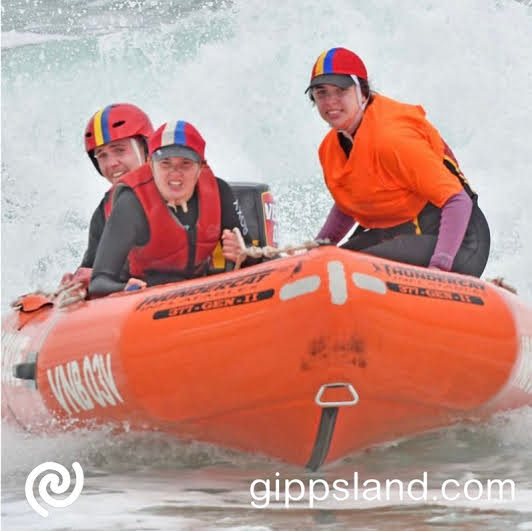 Hickey and Woolf also competed in the Interstate Championships, which saw the nation's best drivers, crews and patients selected to represent their respective states in the open state and under 23 development teams.

Life Saving Victoria general manager education, sport and club development Kate Simpson congratulated athletes and officials alike for their efforts on the national stage. "Victorian lifesavers have a fantastic record of outstanding results at the Australian IRB Championships and I am thrilled to say in 2022 we have continued this proud tradition," Ms Simpson said.

"To see Venus Bay qualify for two semi finals and six quarter finals is fantastic and I extend my congratulations to everyone for their amazing efforts in Mollymook. IRB racing allows our athletes to refine key rescue-ready skills driving and crewing the IRB, the most popular piece of modern rescue equipment."

"The IRB racing season may be over, but I look forward to seeing our drivers, crews and patients between the red and yellow flags next patrol season, using their skills to save lives." Ms Simpson said.