Endangered and significant native fish species will soon be able to travel upstream along the Macalister River, thanks to the Andrews Labor government's investment in a new fishway at the Maffra Weir.

Minister for Water Harriet Shing inspected the site of the new Maffra Weir Fishway today - funded as part of a $10 million investment into waterway and catchment health projects in the Victorian Budget 2022/23. The fishway will connect 34 kilometres of waterway, allowing fish like the Australian Bass, the culturally significant River Blackfish and the endangered Australian Grayling to travel upstream to high-quality river habitat within the system. 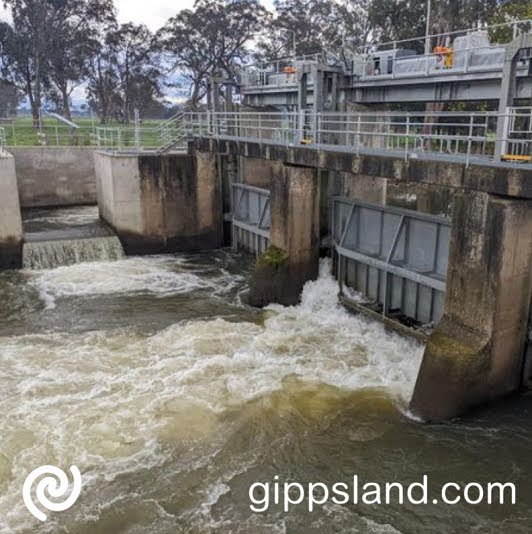 A 34 km Maffra Weir fishway underway for flourishing Bass, Grayling and Blackfish fish populations as part of our $10m investment into healthy waterways

Maffra Weir is a major irrigation offtake for the Macalister Irrigation District, but annual fish surveys show that the weir prevents native fish from travelling upstream. This new fishway will help future-proof the river system and strengthen the climate resilience of local fish populations by allowing them to move upstream in times of drought and enable them to quickly move back into the river reaches when wet conditions return.

Irrigation and environmental water releases from Lake Glenmaggie upstream ensures this section of the Macalister River receives permanent flows for fish to reside. The project will be delivered by West Gippsland Catchment Management Authority in collaboration with Southern Rural Water which manages the weir facility. Design of the fishway is expected to be complete in late 2024, with construction finished by end of 2027.

Other projects funded as part of the $10 million investment include upgrades to watering infrastructure in West Gippsland to improve water supply to Lower Latrobe wetlands, investigating ways to improve the health of the Moorabool River and upgrading the Werribee Diversion Weir.

Minister for Water Harriet Shing said, "This exciting new facility will provide 34 kilometres of protected habitat for fish and other species, allowing them to seek refuge and repopulate during times of drought and fires."

"A project which connects the river via a fishway has strong community support and will deliver on a long-held dream for Gippsland field naturalists - who do valuable work for our community and environment." Ms Shing said.