A research project is underway to study and strengthen the population of the Greater Glider possum, the largest gliding mammal in Australia.

Latrobe Catchment Landcare Network, Latrobe City Council, Federation University and Greening Australia are working together to protect Greater Gliders, which are listed as a threatened species in Victoria. The project is supported by a $50,000 Community-Volunteer Action Grant from the Department of Environment, Land, Water and Planning. Until early 2018, records of Glider populations within the Victorian Biodiversity Atlas were low, with the 2019/20 bushfires also impacting previously recorded populations in East Gippsland. 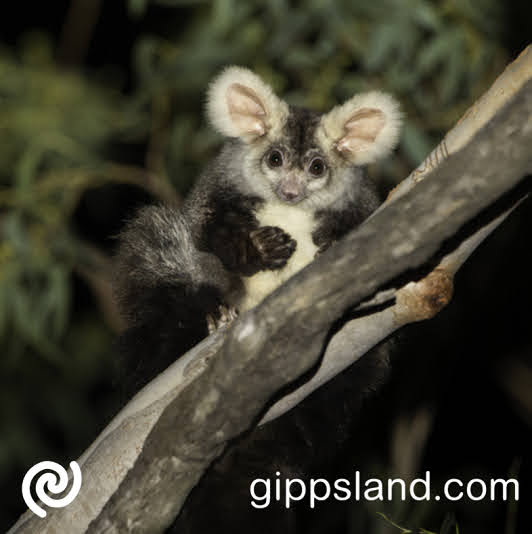 Fortunately, Greening Australia has added 118 Greater Glider records within the southern portion of Latrobe City and adjoining South Gippsland Shire. These records now represent some of the highest densities of Greater Gliders known in Victoria.

Mayor of Latrobe City, Councillor Kellie O'Callaghan said the discovery of the Greater Gliders on the outskirts of Boolarra highlighted the richness of biodiversity to be found in Latrobe City. "Members of our community would not likely have been aware that such a rare and impressive native animal lives in our municipality," said Cr. O'Callaghan.

"As part of this commitment, Latrobe City Council has partnered in this exciting initiative to install 25 custom-designed nest boxes in a section of bushland south of Boolarra. Once installed, nest boxes will be monitored using digital cameras to determine whether and how animals are using them," said Cr O'Callaghan.

Ms Marnie Ellis said, "The project will foster an increased understanding of Greater Gliders while also supporting the growth of healthy populations by alleviating the threats posed from a lack of suitable tree hollows by installing nest boxes for denning and breeding opportunities,"

"Results from previous programs have shown that these nest boxes also have potential to support a variety of other native animals such as owls, parrots and possums, which will be a positive consequence to the project." Marnie said.