Inflatable rescue boat (IRB) racing competitors from Venus Bay and Inverloch Surf Life Saving Clubs (SLSCs) returned to the Surf Coast on Sunday for Life Saving Victoria's (LSV's) 2022 TRE Motorsport inflatable rescue boat (IRB) Premiership Season. They joined teams from 14 other clubs across the state at Anglesea, showing off their speedy skills with a small but consistent wave to contend with. 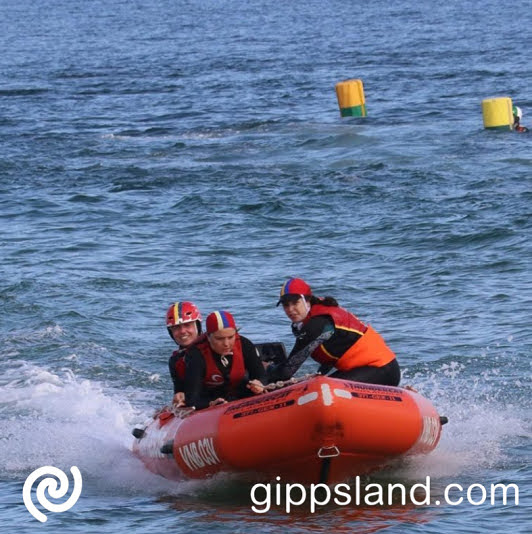 Venus Bay was successful in qualifying for the under 23 women's IRB teams race final, placing second, which contributed to the club placing third overall in the final standings for the under 23 division.

LSV manager aquatic sport Simon Butterly said he was delighted to return to the Surf Coast, which will also host the Victorian IRB State Championships at Lorne SLSC from 24-26 July. "After a successful opening weekend of the 2022 TRE Motorsport IRB Premiership Season at Mordialloc last month, it was great to continue the momentum into the season back on the Surf Coast."

"IRB racing is not only a thrilling spectator sport, particularly in the surf, but facing these conditions is also great practice for our lifesavers, who are the same lifesavers you see on patrol across the state during the summer." Mr Butterly said.

Mr Butterly added, "The IRB is known as 'the workhorse' of lifesaving rescue equipment, used for rescue, retrieval and surveillance, and were used for 142 rescues during the 2021-22 Victorian patrol season. Well done to all of our competitors on an outstanding day of competition and thank you to Anglesea SLSC for hosting us."

Round four of the TRE Motorsport IRB Premiership Season will be held at Hampton LSC on Sunday 29 May followed by round five at Apollo Bay SLSC on the Queen's birthday long weekend in June, and the Victorian IRB State Championships at Lorne SLSC from 24-26 July.