The Andrews Labor Government's claims yesterday that it's gone 'over and above its original target' for road maintenance in regional Victoria are little more than a PR offensive that won't wash with country drivers. 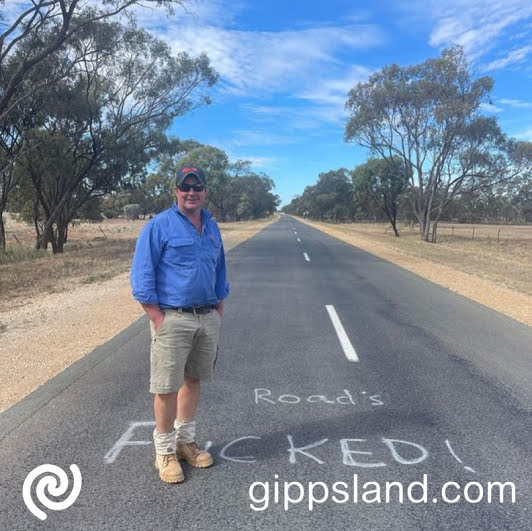 The road toll is rising, but the Andrews government will cut $50 million from road safety this year alone, with more cuts on the way, says Steph Ryan MP

Shadow Minister for Roads Steph Ryan said the campaign to name Victoria's worst roads is also revealing the real-life consequences of worsening conditions on regional roads. "Labor's cuts to road safety and maintenance come as the road toll has reached 101 deaths since January - a 16.1 percent increase on the same time last year."

"Every death on our roads is a tragedy and is preventable. Safer roads save lives which is why we should be investing more - not less - in maintaining the network and on initiatives that support the safety of all road users." Ms Ryan said.

Spending in 2021-22 plunged to $86.6 million following an expected outlay of $136.9 million - a 37 percent cut on projections. PAEC also heard that targets for road safety initiatives have been cut from 73 to 34 under Labor.

Ms Ryan urged road users to continue to contribute to the Liberals and Nationals' road safety campaign website vicsworstroad.vote which aims to create a list of the state's most dangerous roads to present to the Victorian Roads Minister.

Ms Ryan said, "Our road safety campaign is exposing the serious neglect of our roads by Labor government that have been in power for 19 of the past 23 years. We've heard from countless Victorians who fear the life-threatening consequences of poor roads that are littered with potholes or dangerously narrow after years of neglect."

"Only a change of government in November will deliver a Regional Infrastructure Guarantee that 25 percent of the state's infrastructure spend will be directed to regional Victoria, including for better roads. But we can't afford to wait until November for action. I urge all drivers to vote for the worst roads in the state so I can take this list to the Roads Minister in coming months." Mds Ryan concluded.

To submit a road visit the online portal at Vote for Victoria's worst road website.