The Nationals in government will give power back to landholders to decide who can camp on their river frontages held under licence, while increasing penalties for people who flout the rules

The Nationals have announced plans to address the Andrews Labor government's ill-conceived changes to the Land Act 1958 last year, which the government pursued despite concerns from farmers about the risks to biosecurity and personal safety, and the potential threat of litigation. Member for Gippsland East, Tim Bull, says a large number of farmers continue to raise concerns about the Andrews government's poor understanding of the implications on farmers who have this land under licence. 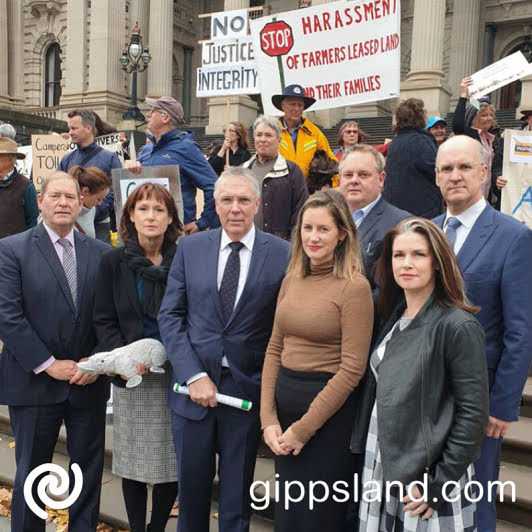 The Nationals in government will give power back to landholders to decide who can camp on their river frontages held under licence, while increasing penalties for people who flout the rules

When the changes were first proposed the Nationals and Liberals stood with farmers in vigorously opposing the legislation, which came into effect last September. Mr Bull said under a Nationals government, The Act and its associated regulations would undergo a complete overhaul.

"We need a more balanced approach with landholder permission a prerequisite to providing access to riverside camping areas. The legislation in its current form is poorly executed. I have been contacted by locals who've told me their lease is currently under assessment on the Wonnangatta River in Dargo for riverside camping suitability."

Current laws need to be fixed

Mr Bull also said, "Recreational users will continue to be able to access some river frontages, providing reasonable access for camping, however changes must be made to include preventative measures against biosecurity threats, potential environmental damage and placing liability on any campers found doing the wrong thing- not the leaseholder."

"Landholders are understandably worried about the threat of being sued and their livelihoods being decimated through external introduced threats from campers. For decades, an informal system has operated with farmers allowing campers when asked - they don't have a problem with that, but the current rules are a free-for-all. The failings of the current laws are real and need to be fixed, and The Nationals in government will fix them." Mr Bull concluded.