Victoria's roads network is in a 'revolting' state of disrepair, according to the people who are risking their lives driving them every day.

Reports today have slammed the ongoing neglect of Victorian roads, including a section of the Glenelg Highway at Muntham, labelled by a south-west Victorian bus driver as "revolting" and "the worst section of road I've ever seen in my life" in 2016. The road is still in a state of disrepair six years later. 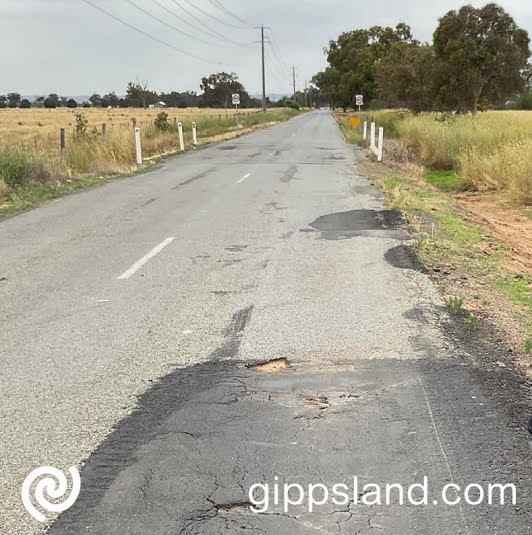 Shadow Minister for Roads Steph Ryan slammed the dangerous neglect of roads under Labor, which included axing of crucial funds for councils to maintain local roads. "One of the first things Daniel Andrews did when he was elected in 2014 was axe the Country Roads and Bridges Program, removing crucial support for rural councils to maintain an extensive local roads network,"

"The problems are worse after Labor carved 25 percent out of road asset maintenance in last year's budget, a cut of $191 million. Labor's been in government 19 of the past 23 years and the life-threatening consequences of Daniel Andrews' under investment are obvious as you drive around the state's roads." Ms Ryan said.

"The Warracknabeal-Birchip Road is in such a poor condition it's crumbled to barely seven foot wide in some places, which is not only unsafe for farmers and truckies but potentially life-threatening for the car drivers and motorcyclists when they need to overtake." Ms Ryan said.

Ms Ryan also said, "In South Gippsland the Meeniyan-Promontory Road is narrow, poorly maintained and with no overtaking lanes - it's unsafe and an embarrassment in a region that attracts droves of visitors to our state every year."

"Properly maintained roads are safe roads, but lives are more at risk while the Labor government is cutting hundreds of millions of dollars from repairs. Fixing country roads by restoring funding cuts and bringing back the Country Roads and Bridges Program is crucial for saving Victorian lives." Ms Ryan concluded.