Wellington Shire's tennis players have an ace future ahead, with four international size courts unveiled as part of a $2.8 million redevelopment of Sale Tennis Club.

The project which was officially opened on Wednesday, will help transform Sale Tennis Club into a centre of excellence for junior development. It will also enhance the tennis experience for existing and new user groups. 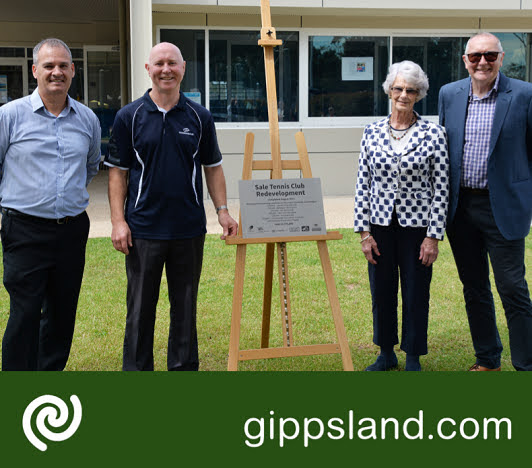 The clubhouse was extended and refurbished, and seating, pathways, fencing and court lighting were also upgraded. Wellington Shire Council Mayor Ian Bye said the redeveloped facility would be welcomed by tennis players across the region.

Asset for the community

Mayor Ian Bye said, "This is a great asset for the Wellington community and Council thanks the Sale Tennis Club, which was engaged right throughout the process, for its contribution to the redevelopment of this facility."