The Nationals reply to the Victorian state budget and the reduced fundings.

Mr WALSH (Murray Plains) (24 May 2022, 13:02): This year's budget has red ink as far as you can see when it comes to regional Victoria. Regional Victoria has been deserted by the Andrews Labor government when it comes to this year's budget, as with other budgets, and that old adage of a city-centric government is just reflected on page after page after page of this particular budget. 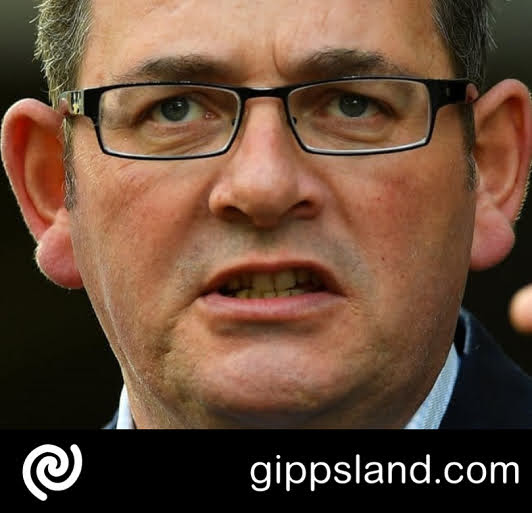 Regional Victoria has been deserted by the Andrews Labor government when it comes to this year's budget, stripping funding for critical projects to support Victorians

No longer a department

One of the key things that stands out to me is that under this budget there are now nearly more people in the Premier's own department than there are in what was once the Department of Agriculture - it is no longer a department anymore, it is now Agriculture Victoria, which is down the end corridor of a bigger department.

There have been budget cuts and there have been staff cuts of over 100 people, particularly on the science side of that department, so the rhetorical question would be: how much value do we get out of having more people in the

Making it hard for Victorians

Department of Premier and Cabinet who shuffle paper, dream up ideas that make it difficult for people, lock us down, close playgrounds and make us wear masks when we do not need to wear masks - they invent all these rules that make it hard for people in Victoria - compared to scientists, researchers and extension officers that actually help farmers and help our food and fibre producers be more productive and manage the environmental issues on their farms better.

Regional Victoria, food and fibre producers and our farmers most definitely feel deserted by this government and particularly deserted by their Minister. Obviously, the Minister for Agriculture has no sway when it comes to the budget expenditure review committee in actually getting some good outcomes for her department and for the farmers there.

Cut to trade and global engagement

We already have a trade office in Frankfurt. If you were serious about engaging with the EU, why wouldn't you open one in Brussels, where the European government is, so you could actually engage with the people there that you have the most impact on? 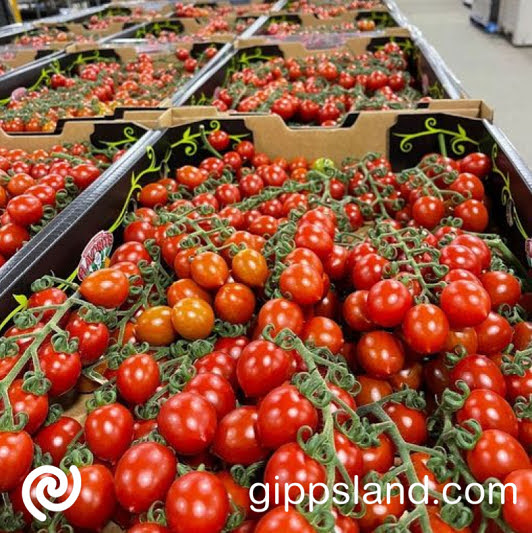 The cynic would say the Paris office is going to be a nice retirement package for a retiring MP on the government benches over there, so it will be interesting to see who gets the gift of the gig in Paris out of this particular announcement. But there have been huge reductions to trade and global engagement and to Regional Development Victoria. Regional Development Victoria have had budget cuts of 68 per cent over the last two years.

RDV was a core part of actually making sure that regional Victoria thrived, that business was attracted there, that jobs were created and that export revenue was created, and there has been a 68 percent reduction in its budget over the last two years and staff cuts that go with that particular issue.

Victoria was left behind

Twenty-five percent of Victorians live in regional Victoria, but over the last two years they got 13 percent in this year's budget and they got 11.4 percent of the capital spent last year. If you break that down by per capita spend, which is a very good way of looking at it if you are comparing 25 percent of the population living in regional Victoria and 75 percent in Melbourne, the capital spend for Melburnians is $15 268 per person.

You could build the Melton hospital. You could basically give every major town in regional Victoria a new hospital with the $28 billion - Mr D O'Brien: And have changed. Mr Walsh said, "And have changed - in cost overruns on the projects here in Melbourne. So it is an absolute blight on this particular government around that.

The Country Roads and Bridges Program, which was cut a number of years ago, has still not been reinstated. That program, which gave each of the country councils basically $1 million a year across the four years when we were in government, was the best program going for local government because they could actually plan, they could do their road maintenance plans and they could do their bridge replacements - because they knew they had money every year.

That is one of the cuts that was done a number of years ago that has not been reinstated. No doubt as the Member for Euroa, the Shadow Minister for Public Transport and Roads, will talk about, there has been a huge cut in the road maintenance budget - 28 percent across the last two years - with $240 million taken out of the road maintenance budget over the last two years.

I do not know, Acting Speaker Taylor, how much you drive into regional Victoria, but if you do, make sure you take two spare wheels, not one, because there is every chance you will damage a tyre or damage a rim when you hit the major potholes that you find across regional Victoria. 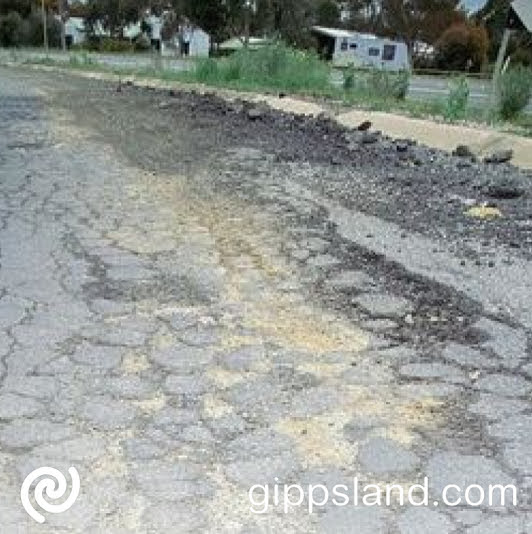 There has been that huge cut to road maintenance in regional Victoria even though the government likes to spin that it is not actually the case. For $5 million, if it was in the budget to match the commonwealth's $5 million, we would have actually got the business case to finish Murray Basin rail. That would have helped put more freight on trains and less on the roads, which would go back to that issue around the roads into the future.

Mr WALSH: Absolutely gutted it, absolutely destroyed the CFA, a volunteer organisation that started after the Second World War and that has kept our communities safe from bushfires over that particular period of time.

But if you actually go to the budget papers, the Andrews Labor government is collecting approximately $800 million from the fire services levy in Victoria. In the budget papers there is $7.16 million in new capital spending for the CFA - $800 million being collected over here, $7.16 million being spent back on the CFA in capital expenditure there.

In my electorate alone, the Leitchville fire station has needed upgrading for literally decades. There was money announced two years ago, but it is not going to be done until about 2024 - so that is on the never-never.

The Rochester fire station has desperately needed to be done now for about the same amount of time. That is actually on the never, because it is not in this particular budget. And the community of Appin South, one that I think desperately needs a fire station - again, nothing in this budget. So the Andrews Labor government is collecting $800 million from property owners right around Victoria but only putting $7.16 million back into capital spent for the CFA there.

One of the things that we want to see is actually the CFA returned to a volunteer-only organisation that has its own management and its own staff so that we can actually rebuild that organisation and we can rebuild morale in that organisation, rather than the way the Andrews Labor government has actually destroyed it.

One of the last things I want to touch on is the integrity bodies of Victoria and the funding for them. The Independent Broad-based Anti-corruption Commission is something that was set up when the Liberals and The Nationals were last in government, something that was desperately needed here in Victoria, something that we actually set up.

Something that we funded appropriately and something that we actually gave operating rules to so it could actually track down and root out corruption in this particular state. Something that the Andrews government nobbled with legislative change when they came in. But they have actually nobbled them even more by reducing the funding they have, and we would have seen the recent comments about the demands from IBAC for appropriate funding and rules so they can do their job better. 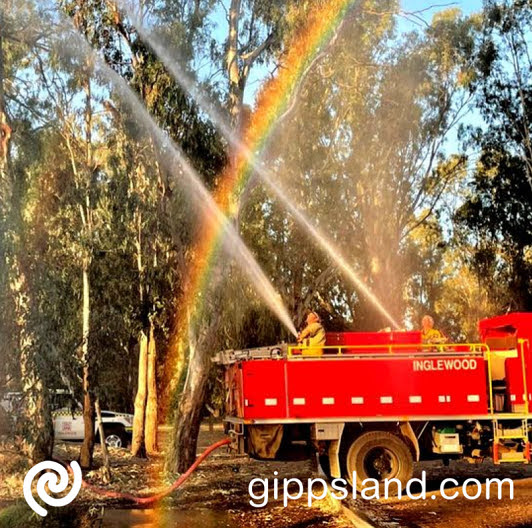 Again, people ask: is one of the reasons that IBAC is not being funded appropriately the fact that government ministers and particularly the Premier are involved in at least three investigations by IBAC at the moment?

The rhetorical question again is: is the Andrews Labor government actually making sure that IBAC is not funded appropriately so that they cannot do their job, so that they actually cannot hold the Andrews government and their ministers, and particularly the Premier, to account for the things that have gone wrong under their watch.

From the red shirts to the issues with the United Firefighters Union and the CFA and all the issues of how the Labor Party managed staff in their offices and the interaction between Labor Party business and parliamentary business? Mr D O'Brien: Taxpayers resources.

Mr WALSH: It is taxpayers' money, but the Andrews Labor government, and particularly the Premier, seem to think it is their money, it is their plaything. The thing that happens to governments that start to show disrespect to the voters is that, ultimately, they will be held to account, because the voters are not silly.

They will realise that the Andrews Labor government think the treasury benches, the opportunity and the privilege to govern are theirs for the taking and no-one else should interfere with them.

The third body that needs more funding is the Parliamentary Budget Office. Again, the government has treasury, finance, all of those bureaucrats there at their call. We know the Ombudsman has been looking at the politicisation of the public sector, but the independent Parliamentary Budget Office is another body that can hold the government to account around costs and making sure that political promises are costed properly.

In this Budget IBAC, the Ombudsman's Office and the Parliamentary Budget Office are not funded appropriately because in reality the Andrews Labor government does not want to have the integrity bodies of this state funded appropriately, because they will actually hold them to account on the mismanagement and the corruption that are embedded in this state now.

As I said - and the Ombudsman has said - the politicisation of the public sector here in Victoria means you actually have to be a Labor mate to get a job to do something, because the whole issue of nepotism is alive and well with the Andrews Labor government.