The Victorian Government has confirmed that it plans to eradicate our brumby population, a move strongly opposed by Gippsland East Nationals MP, Tim Bull.

Under questioning in a recent Parliamentary committee hearing, the government admitted that 400 of the estimated 500 brumbies at Barmah Forest will be shot, commented its plan is to eradicate the entire Barmah population "over the forward years" and admitted to similar plans for the Alpine National Park brumby population. 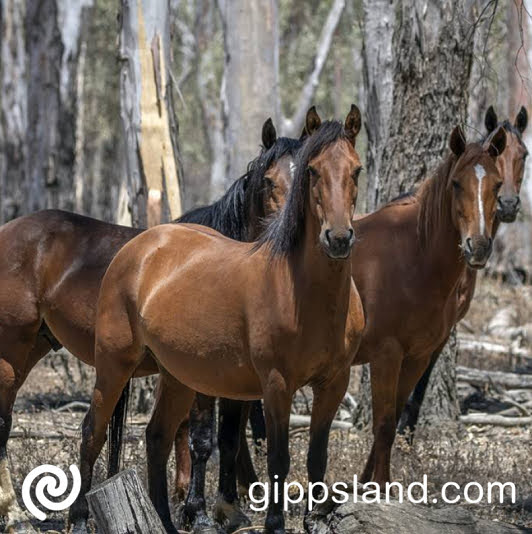 A brumby family local to the Barmah Forest, photographed by Felicity Clay

Population can be controlled

Mr Bull said, "The clear feedback I have had from my community is that while brumby numbers need to be controlled, the government's estimate of numbers is inflated and shooting these wild horses is not the answer. I agree entirely, I think it's a disgrace."

"What is equally disturbing is departmental tender documents, which implement the eradication plan, further highlight the gruesome strategy adopted by Labor. The tender calls for the use of dogs to hunt the horses, that contractors will need to supply chainsaws, and hunted horse carcasses must be cut up and removed from view." Mr Bull said.

Brumby as an attraction

Mr Bull said there are businesses in East Gippsland that promote brumby sightseeing tours and they bring artists and photographers to our region - they are an attraction. "Our tourism businesses have suffered enough over recent years without the government coming in and shooting one of our spectacles."

"The Australian brumby population also has a strong connection to our heritage. On top of the Man from Snowy River connection, these horses carry the Waler blood of the Australian Light Horse that carried our soldiers into battle in WWI."

"The eradication plan is horrific in how they intend to do it. It is an inner-city driven assault on our history and culture. There are better and more humane ways to control numbers if it is required, but the first thing to do is properly assess numbers." Mr Bull Continued.

Mr Bull also said, "I've been advised they achieved the figure they did by surveying some areas, then extrapolating the figure out. The problem is, you don't do a population count of Victoria by counting numbers in the city and extrapolating it out over the entire area of the state."

"If we do need to control numbers, we should be looking at capture and rehoming and fertility controls, which are used in the United States with the wild mustang population - not eradication and certainly not eradication by shooting," Mr Bull said.