Raymond Island's koala population and native wildlife has received a major boost as part of a $1.3 million initiative funded by all levels of government. 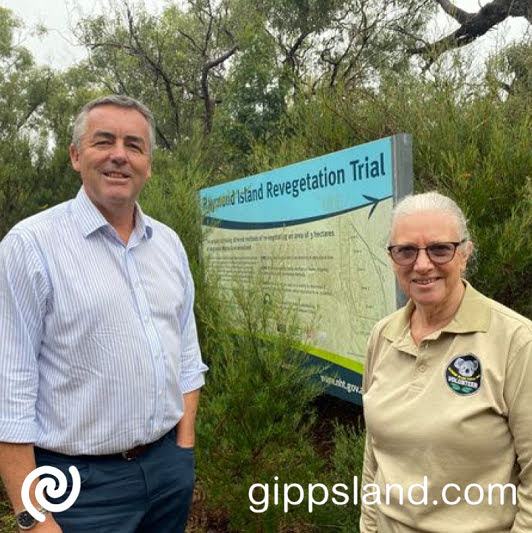 Mr Chester said, "There's a $1.3 million program underway to build a more accessible pathway, new toilet block and revegetate areas of the island which has an abundance of native animals and bird life. The federal government is providing most of the money through bushfire recovery and landcare grants but there's also a contribution by the State Government and East Gippsland Shire Council."

"Gunaikurnai Land and Waters Aboriginal Corporation and Parks Victoria are supporting the local landcare and koala trail volunteers in a real partnership approach. Well done to everyone involved in protecting and enhancing the environment in this little piece of paradise, in the middle of the Gippsland Lakes." Mr Chester said.