Work to improve the resilience and safety of the Mallacoota-Genoa Road.

Long-awaited work to improve the safety on Mallacoota-Genoa Road has already delivered significant benefits with another $10 million on the way from the Federal Government, according to local MP Darren Chester. 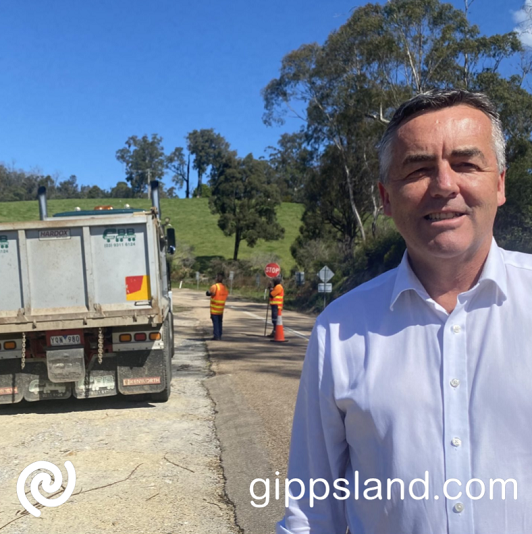 Local MP, Darren Chester at the Mallacoota-Genoa road, the funding for the road upgrade will also improve the road surfaces, provide shoulders where required and is a down payment on future work

Mr Chester said the shoulder widening, improved line marking, surface repairs and other safety upgrades were making a difference and he was looking forward to more significant improvements over the next two years. "I secured $2.7 million for the first stage of works and there's another $10 million committed to improve safety and the resilience of the road, particularly in times of natural disasters."

"With one road in and out of Mallacoota it is essential the road corridor is made more resilient to withstand natural disasters like bushfires and wind storms. Slow vehicle pull over lanes will allow vehicles to safely overtake when necessary, and improving sight lines means drivers can better prepare for the upcoming turns and drive to the conditions." Mr Chester said.