The Andrews Labor government has set the stage for an ugly showdown between legal forestry workers and increasingly belligerent and reckless protestors by blocking urgent amendments to legislation covering the timber industry. Mr Walsh says Daniel Andrews has again shown he is willing to put regional lives in danger to simply curry favour with green city voters, elevating this debate from an environmental issue to a genuine occupational health and safety crisis. 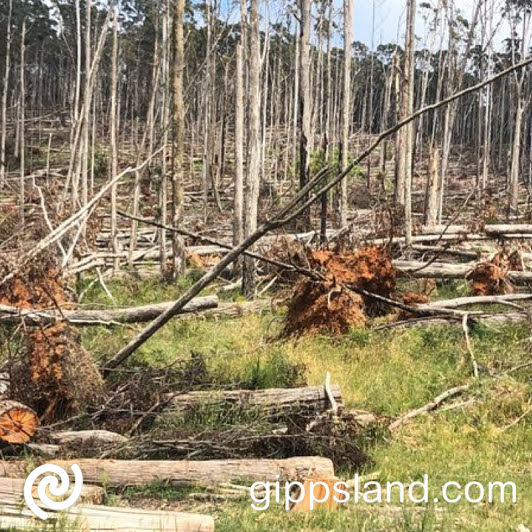 Mr Walsh said, "The fear of timber harvesters is absolutely palpable. Licensed harvesting areas - known as coupes - are a workplace, and harvesters should be able to conduct themselves without fear of injuring or killing someone."

"Our forestry workers and their families deserve a better deal and someone prepared to back their safety at work. They are authorised workers doing a job to support their families, it's the same conditions - and risks - as a major construction site." Mr Walsh said.

The Nationals Member for Eastern Victoria Region Melina Bath says environmental protesters have been given the green light to continue harassing harvesters, with proper police search and seize powers denied by Labor, the Greens and Independent MPs.

Ms Bath says, "Harsher penalties for illegal protesters are desperately needed or many will continue to evade penalties or receive a slap on the wrist and crowdfund their fines."

"In recent years, protesters' tactics are becoming more perilous for workers, and rather than sending a strong deterrent with our amendments in place, Labor continues to go soft on these dangerous behaviours. It is no longer an environmental debate. This is about keeping Victorian workers safe."

Ms Bath says that if elected, a Liberals and Nationals government will immediately overturn Labor's appalling ban on the native timber industry and ensure our world-class - and sustainable - industry will thrive, creating a number of valuable jobs for regional Victorians.