Russell Broadbent Member for Monash said, "Australia's economic recovery is leading the world. More Australians are in work than ever before and the unemployment rate is now forecast to reach 3 3/4 per cent in 2022, the lowest rate in close to 50 years." Risks to the outlook remain, with the pandemic and the invasion of Ukraine all putting pressure on the cost of living for Australian households. 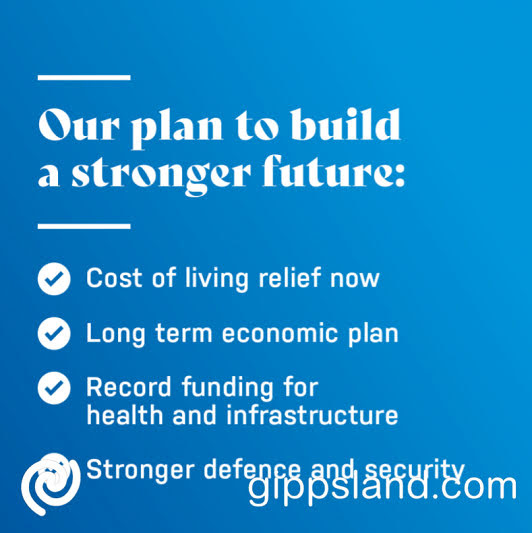 The plan for a stronger future will help build Australia and strengthen the regions. This will empower strong and dynamic regions to capitalise on existing and emerging opportunities.

Mr Broadbent said, "The government is introducing a new temporary, targeted and responsible cost of living package to take the pressure off household budgets." One-off Cost of Living Tax Offset - From 1 July this year, more than 10 million individuals will receive a one-off $420 cost of living tax offset. As a result, eligible low- and middle-income earners will be up to $1,500 better off for a single income household, or $3,000 better off for dual income households

One-off Cost of Living Payment - To help Australians most in need the government is providing a one-off, income-tax-exempt payment of $250 to 6 million eligible pensioners, welfare recipients, veterans and eligible concession card holders in April 2022. Temporary fuel excise relief - The government will reduce fuel excise by 50 per cent for 6 months. This will see excise on petrol and diesel cut from 44.2 cents per litre to 22.1 cents per litre.

The reduction in excise will flow through to lower petrol prices over the next two weeks, as petrol stations replenish their stocks. This assistance builds on the hip pocket relief the government provides through halving the excise rate, tax cuts, child care assistance and reduced electricity prices.

The government is investing in measures to expand and upskill the workforce to secure the workers we need now and for the future, including people in Monash. This will also help Australians into more highly skilled and better paying jobs. The government is transforming Australia's manufacturing sector and building resilient supply chains with over $1 billion in new investment, building on the $1.5 billion Modern Manufacturing Strategy announced in the 2020-21 Budget.

We have also committed $2.8 billion to support Australian apprenticeships, building on the $13.3 billion spent on apprenticeships and traineeships since 2013. The government has committed $3.7 billion in Commonwealth funding for a new skills agreement, which has the capacity to deliver up to 800,000 additional training places for Australians.

To develop the next generation of innovative Australian companies, this Budget includes $2.2 billion for a research commercialisation action plan (including $1.6 billion for a new economic accelerator) to bring industries and universities together.

Small businesses will have access to a new 20 per cent bonus deduction for eligible external training courses for upskilling employees. The Skills and Training Boost will apply to expenditure incurred from Budget night until 30 June 2024, providing $550 million in tax relief.

The government is also providing $1 billion for a new Technology Investment Boost to encourage small businesses to go digital. Small businesses will be able to deduct a bonus 20 percent of the cost of expenses and depreciating assets that support digital uptake. Expenditure of up to $100,000 per year will be supported by this new measure, which applies from Budget night until 30 June 2023.

Mr Broadbent said, "A strong economy enables the government to guarantee the essential services Australians rely on. Since coming to office, we have delivered record levels of funding for health, aged care, education and disability support." The funding includes:

The government has allocated $6 billion for the COVID-19 Health response, which includes support for the governments' Winter Response Plan to prepare for the next wave of COVID‑19 and influenza. 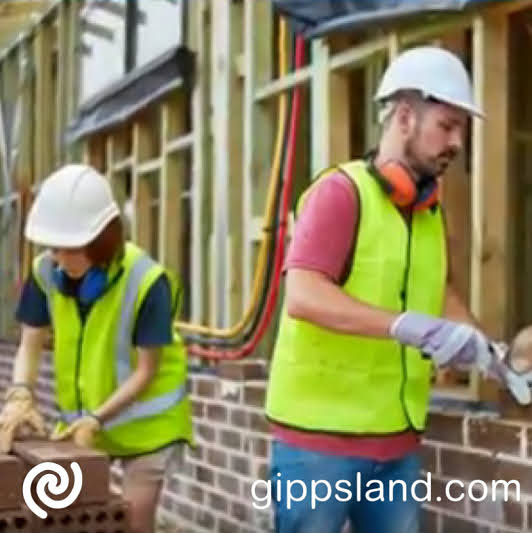 The government's investment in this Budget includes over $500.0 million for local councils to maintain and deliver priority road and community infrastructure projects across Australia

Mr Broadbent said, "The government is investing an unprecedented $37.9 billion in regional Australia and priority infrastructure across the nation to create jobs and unlock the economic potential in our regions, including vital local projects such as the South Gippsland Highway - Koonwarra realignment, the Cowes Cultural and Community Centre and the GSRT Railway Precincts Development in Leongatha and Korumburra.

This includes $7.1 billion for transformative investments including in the Northern Territory, North and Central Queensland, the Pilbara and the Hunter to unlock new economic frontiers of production in agriculture, low emissions manufacturing and renewable energy.

The government has increased its 10‑year transport infrastructure pipeline to a record $120 billion with an additional $17.9 billion committed to road, rail and community infrastructure projects supporting around 40,000 jobs. As well as projects in each state and territory, the government is investing:

Including its $8.9 billion National Water Grid Fund, the government will provide a further $7.4 billion to improve Australia's water security and open up new land for irrigation.

We are living in a time of uncertainty. The pandemic, the invasion of Ukraine and extreme weather events have and continue to cause enormous disruption. To keep Australians safe the government will:

Russell Broadbent, Member for Monash said, "The Budget delivers the next stage of the government's plan to build a strong economy and a stronger future." Budget documents are available at the Budget 2022-23 page.