The new federal government has been accused of 'an enormous breach of trust' for failing to guarantee $5.9 million promised to bushfire-impacted Sarsfield and Ensay communities prior to the May election.

Member for Gippsland Darren Chester has written to the responsible Ministers and raised the issue in Federal Parliament but has received no assurances from the Labor government that the funding commitments will be honoured. Prior to the May budget, the former government announced $2.3 million for Ensay Recreation Reserve and $3.6 million for Sarsfield Recreation Reserve under the Community Development Grants program. 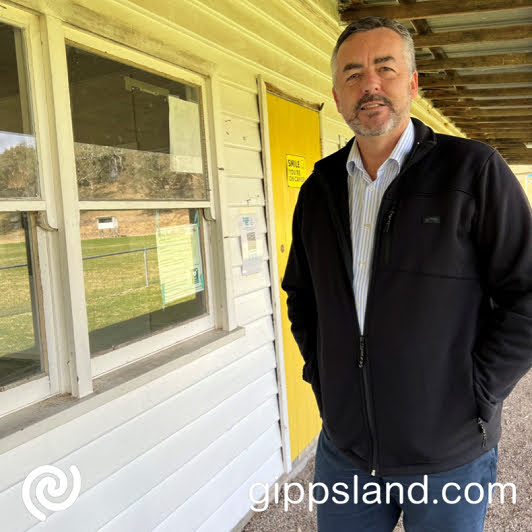 Mr Chester said, "To be clear, these were not commitments that were contingent upon the May election result. It is my understanding they were assessed to have merit and provided value for taxpayers' money, well before the government entered election caretaker mode,"

"A failure by the new government to support both of these projects would amount to an enormous breach of trust with two communities that were directly impacted by the Black Summer bushfires."

"Almost three years after the bushfires, the community simply doesn't have the energy or the inclination to re-engage with governments in another bureaucratic process with no guarantee of success. They have already applied for funding and been subjected to the stress and anxiety of an overly complex federal government process." Mr Chester said.

Community had run out of patience

Mr Chester added, "This entire process has already re-traumatised people who are struggling with the long-term recovery from this devastating event as they rebuild their own homes and livelihoods."

Mr Chester said the community had run out of patience in the aftermath of the federal election. "The new federal government has had five months to make a decision and to still claim the funding is under review is complete incompetence by the responsible Minister and the department."

"To have these two community groups tied up in the political red tape is retraumatising and stops them from continuing the recovery process after the bushfires." Mr Chester said.

Mr Chester said his recent correspondence to the Minister had requested a response within 30 days. "The time period for a response from the Minister has lapsed and my office and the community groups have not heard anything."

"This once again highlights a lack of understanding from the Minister about the importance of the projects for Sarsfield and Ensay. The uncertainty is having a harmful impact on both communities and causing undue stress." Mr Chester said.

Mr Chester said the pressure is growing on the new federal government to honour the funding commitment. "The projects are well supported by the wider East Gippsland community with East Gippsland Community Foundation (EGCF) writing an open letter to the relevant Ministers expressing its support for the projects," he said.

"We should be building new facilities today, not fighting a battle we won five months ago. The Minister needs to make a decision and stop playing games with the community." Mr Chester concluded.