Local MP Darren Chester said the old netball courts and pavilion had been removed so new construction could take place. "I secured $5 million for this project through the previous federal government for the project with additional funding from East Gippsland Shire Council and the Victorian state government." 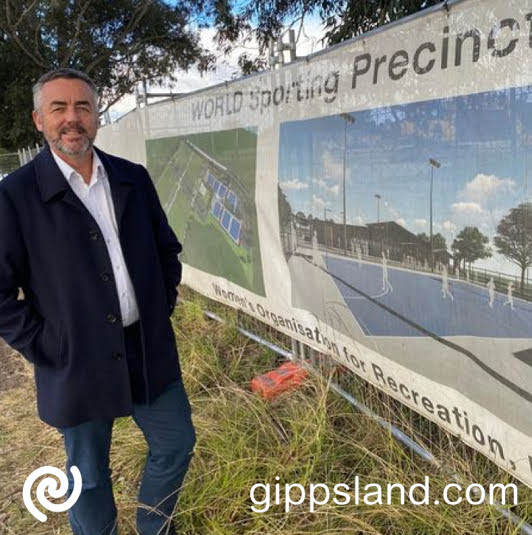 Mr Chester said, "The redevelopment will provide new and improved hockey, soccer and netball facilities for junior and senior sportspeople. This project is a testament to the local volunteers who have advocated for many years and it is so heartening to see work underway."