On-the-spot fines to protect farmers will be introduced to the state parliament.

On-the-spot fines to protect Victorian farmers against illegal activists invading their family farm will finally be introduced to the state parliament this week nearly two years after they were recommended. 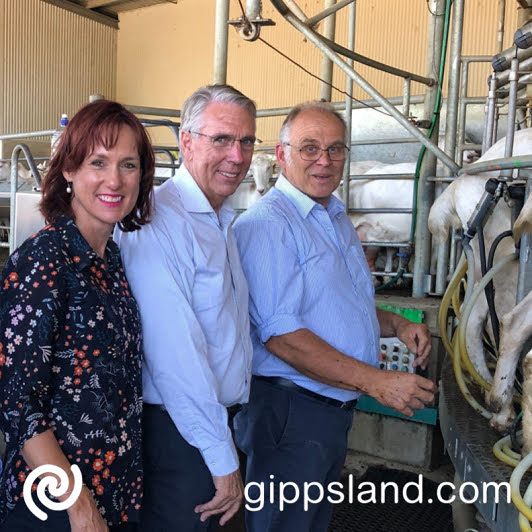 The Nationals leader and Member for Murray Plains, Peter Walsh, says Victorian farms have been left exposed to fringe activists for almost two years because New on-the-spot fines for trespass still have not been put in place

The Labor Government and its Agriculture Minister Mary-Anne Thomas have been dragged kicking and screaming to introduce legislation for fines of $1272 for activists caught illegally entering Victorian farms.

Leader of The Nationals Peter Walsh said farmers will be carefully combing through the wording to make sure the government hasn't left loopholes that will allow activists to escape penalty. "While other states moved quickly to deter activists with hefty on-the-spot fines, the Minister has been missing-in-action for nearly two years leaving Victorian farmers exposed," Mr Walsh said.

"But by finally introducing these laws on the very last day of Parliament for 2021, Labor's made sure farmers will be forced to wait at least another six months before they actually get the protections. Labor's slow action sends the wrong message to extreme animal activists who will doggedly go to any lengths to destroy the livelihood of hard-working Victorian farm families." Mr Walsh said.

The Liberal Nationals have held the government to account since the final report was delivered by the Inquiry into the Impact of Animal Rights Activism on Victorian Agriculture in February 2020. Last month, Mr Walsh again reminded the Minister of her promise in January 2021 that the laws would be delivered by the end of the year.

But as late as yesterday, the Minister was still refusing to give a timeline on when the legislation would be ready. "The Andrews Labor Government's playing politics on an issue that's taken a significant toll on farmers, risked the safety and wellbeing of livestock, and threatened biosecurity. For years, the Liberal Nationals have supported farmers' call to fix farm trespass laws."

"Although we still need to see the details of the bill, this progress today is a small win for the relentless advocacy of our agriculture sector and a step forward in sending a strong message to law-breaking activists that we don't tolerate people illegally entering our farms." Mr Walsh said.