Calling on the eligible residents to send their application for the rebates they can receive as power saving bonus from the government.

The Nationals Member for Gippsland East, Tim Bull is concerned eligible residents may miss out on a one off $250 payment from the State Government with applications closing on January 31, 2022. 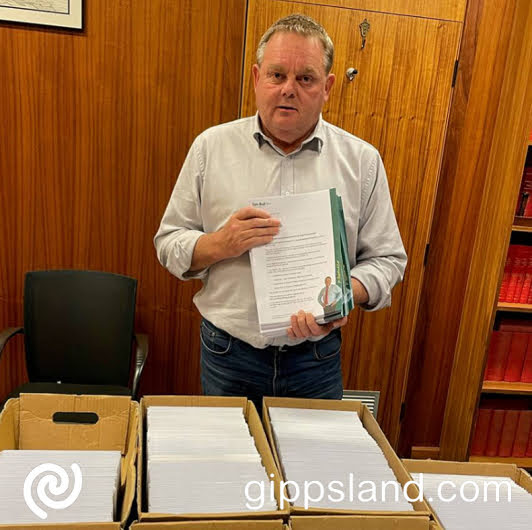 Gippsland East Nationals MP, Tim Bull, reminds those eligible who have not already accessed the $250 Power Saving Bonus, need to apply before the January 31 deadline

The $250 Power Saving Bonus is a one-off rebate for Victorian electricity account holders who hold a Department of Veterans Affairs Gold Card or receive payments under one of the following concession programs:

Mr Bull said he wanted to ensure those who were eligible for this rebate didn't miss out. "I'm concerned that the Andrews Labor Government has done a terrible job advertising this payment, particularly to those who don't access social media," Mr Bull said.

Mr Bull said, "That combined with the decision to make applications online-only is very disappointing, with many elderly residents unable to apply because they simply do not have a computer.

"Having sent letters to all Gippsland East constituents aged 65 years last year to inform locals about the initiative, I would like to remind those who haven't already applied, to check your eligibility and apply."

"My office has already assisted hundreds of households to receive this support and my staff will be on standby to assist those who haven't already applied. I would also like to extend my gratitude to those community organisations, family members and neighbours who have also assisted friends and loved ones to lodge their applications." Mr Bull said.

Mr Bull also said, "While I've sent letters to senior East Gippslanders, it is important to stress that this support is available for residents receiving payments through the above concession programs. If you know someone who may be eligible for this payment, please ensure they are aware of the Power Saving Bonus." Mr Bull said.

Mr Bull said those who were unsure about their eligibility can find more information about the Power Saving Bonus, including how to apply, by visiting the Victorian Energy Compare website or by calling his office.