The new collection at Sale botanic garden provides examples of the plant breeding achievements of passionate Maffra nurseryman and apiarist Bill Cane. Bill was renowned for cultivating a range of native Australian plants, many of which are commonly found in gardens across the country, such as Grevillea 'Robyn Gordon' or Philotheca verrucosa 'Heyfield Double Wax'. 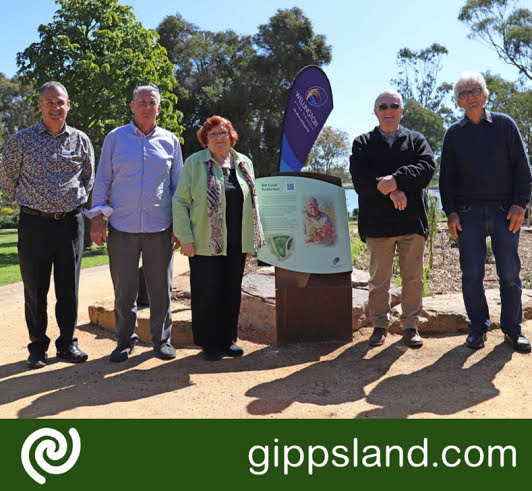 The new garden features 70 different native plant species. Among the plants are those named in Bill Cane's honour, rare and endangered natives he found, hybrids he helped introduce, 'double flowered' or uniquely coloured species, and some grafted species he pioneered.

Establishing Clearview Nursery on Brewer's Hill near Maffra in 1947, one of Bill's greatest achievements was discovering the Banksia canei, which is incorporated in Maffra Secondary College's school logo. Bill Cane Court in Maffra was renamed in his honour.

Bill actively distributed many of his finds to arboretums around Australia, advocated to many shire councils to use native plants in their streetscapes, and actively fought to have areas set aside for significant native flora. This includes reserves at Heyfield, Glenmaggie and a 2100 hectare reserve at Providence Ponds (between Stratford and Bairnsdale).

Wellington Shire Council has worked with the Cane family over several months to develop the collection, with the planting plan designed by the family and executed by council staff and Friends of the Sale Botanic Gardens volunteers.