Workforce Australia is the latest program that governments of both persuasions have now accepted. This was conceived by the previous government, and it has been accepted by the new government, as another iteration of the Commonwealth Employment Service, which I can trace back all the way to when I first came into this parliament. 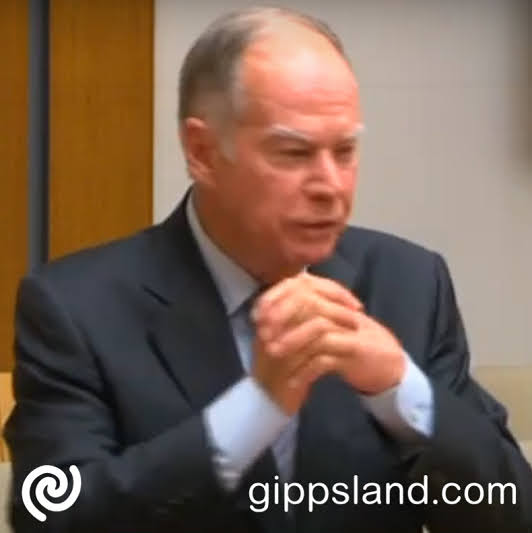 The Public Service have had the people that this helps in their focus, importantly, whilst politicians may set the parameters of what we desire

It's a life-changing experience to go from long-term unemployment, or generational unemployment, into a job. It does change people's lives because they have socialisation and they have the income to do the things they need to do. We also know that, once somebody's in a job, they can get a better job. If you're in a job, you can get a better job because you're employed.

Giving a chance to people

I had a young woman come to me one day when I ran a small business, and she said: 'Look, Mr Broadbent, I can't get a job because I haven't got a CV. I'll come and work for you for nothing so I can get a CV to say that I've been in work.'

Of course, my business always paid over the award, and, because of her enthusiasm, we put her on. She worked for us for a long time and then went on to do other things, with her CV in hand and my recommendation for the next job.

I had another person whose mum came to me and said: 'Look, my daughter has just failed VCE' - no names, no pack drill - 'and she's just at home doing nothing. She's lost all her confidence.' I said, 'Bring her in.' We gave her a job. She went on to manage businesses like mine all over our district. She had the talent, but there had just been a glitch along the way.

Hard to get into work

A lot of these people who we're talking about now are people who are that close to getting into work. The difficulty is that - from the old Commonwealth Employment Service all the way through every iteration of government and what they've done - for the people it's hard to get into work we don't always put the effort in that we should. They're the ones that are on the margins of our society. They're living on a razor's edge. They're the ones who really, really struggle.

Sometimes, as I said before, it's generational and it's about family - 'We don't work in our family.' For families like mine and lots of others, like the member for Barker and all the members who have spoken, we were in the fields at 15. We didn't get a choice; in the school holidays you went to work. That was it - finished. You had to find a way.

I remember bringing my first cheque home to my father, and he said, 'I can't believe that you've done this much work.' I was cutting and packing swedes - I was cutting my fingers more than I was cutting the swedes! - and I got a great appreciation for just how brilliant these workers in the field were and what they could do.

I can remember - and I don't want to get off track here - starting my row of digging up these swedes and the guy working next to me, after I'd gone 10 feet up the row, had finished his row. These people could really work.
Every government has wanted to find a way to help people into work. This legislation is actually born out of quite a few years of investment in how we can do this better.

That's what the previous government wanted to do. It asked, 'How can we do this better so we can literally find a job for these people or encourage them?' There are a number of different ways that have been outlined by every speaker on how we might do that.

It doesn't matter whether you want to change from unemployment to start your own small business, which this helps through, which we've had all the way along. Some 200,000 people have created their own business and gone on to employ other people in that business. So that's been a worthwhile investment by the government.

Has every dollar we've spent meant that we got an outcome? No. There are people in our community who find it really hard. Another person I ran across a while ago had been very well employed for a long time. Then she fell on difficult times, through some mental challenges and other issues around family and things that she needed to do.

Then when it came time to get back into work she found she'd lost all her skills, she'd lost her confidence and she'd lost her ability to interact in a workplace. She thought she should get a better job than those that were on offer. So the period of non-employment went on and on - until the point, I dare say, when she became unemployable.

But, because of some of the programs that we've got in place, she's now training for a brand new job, and she will go on and do great things. She'll go on and be very good at what she does.

I want to pay tribute to the Public Service here, who are putting in an enormous amount of work. This is a technical bill to advance and confirm and introduce the program put in place, Workforce Australia - it's new name - and the technical things around it to get Workforce Australia as part of the conversation.

Making a difference to people

The Public Service have had people that this helps in their focus. Importantly, whilst politicians may set the parameters of what we desire, we rely on our public servants to deliver on this. An enormous amount of consideration has gone into Workforce Australia, by the previous government and accepted by this government, as a program to take us forward.

I think it's good legislation. I think it will make quite a difference to the numbers of people. When you're down to 3 and a half percent unemployment in this country there are a lot of jobs out there, and we need our communities to fill the positions that are there. We're not getting the opportunities from backpackers to fill up all the agricultural jobs in my electorate.

Fitting in for their needs

There's not one member that can stand up in this House and say there are not loads of vacancies in their electorates. Cafe after cafe has a sign at the door saying, 'We need staff.' It's everywhere you go. Why are some of our cafes and hospitality venues closing on Monday and Tuesday? Pubs closing on Monday and Tuesday! Have you ever heard anything like it? It's because they can't get the staff to open more than the days that they have.

There's a lot of incentive for the government to pour a lot of energy into those on the margins. For every iteration of this, only four percent of employers are coming to Workforce Australia. They're finding other ways to entice employees. They're paying over the award. They're giving upfront cash incentives to people to come to work for them.

They're giving them special rosters so that they can come and work for them. Every employer's done that over the years. If you've got a good employee and you want to keep that employee, you will bend over backwards to fit in with their needs and their lifestyle.

With all of these jobactive centres, which it was previously but is now Workforce Australia, we're putting in place something that should make a difference to somebody who was on the margins and needs a job. We want them to live a full, active and participating life in the Australian community.

I think there are some things that we could do that wouldn't be acceptable to a lot of people, like give some refugees out there who are not allowed to work an opportunity to work. I would be giving them an opportunity to work today if it were up to me. There are refugees here on certain classes of visa where they can't work. We need those people.

People say, 'They'd be a burden on the community.' No, they would get a job straight away. More than that, their children and their children's children will be of great benefit to this country, as was the case for the people who came after the war.

I don't think people that came from your country, Deputy Speaker Georganas, had a whole lot of skills when they arrived here and they didn't have much money, but - by gee! - they've done pretty well since, haven't they? I think there is a real opportunity for us to look very carefully at our immigration program. But that's only one part of it.

This is all about people who are actually in this country today and the opportunities we want to give them. All of the legislation, all the way through, is focused straight out on the people who haven't got a job today, who may need some training and skills.

There are a number of opportunities within this legislation to give effect to Workforce Australia. Workforce Australia, as I said before, has been born out of people considering, 'How can we as a nation do something better?' That's why we're supporting this bill.

How can we do something better? How can we get that one person who is missing out on the opportunities of life because they are not participating within the workforce? That participation is crucial to the health and wellbeing of them, their families and their communities.

I find around footy clubs, cricket clubs, tennis clubs, soccer clubs - whatever the sporting club is - there's not much unemployment. Do you know why? It's because Johnny says: 'Dad's got a bit of a job out at the farm. Can you come in?' They learn to be participants within the workforce. Once they are participants within the workforce, they have the discipline. They know where to go. They know how to go about it.

They go to work for Hungry Jacks. That is one whole area of major activity. They are usually kids who haven't had a stumble, haven't had a fall. They come from working families. We need, and we always will, to help those people that come from Struggle Street or who come from families that are not as supportive as they could be and need government help.

Hoping for a great success

I think that is where government help should come in. That is what Workforce Australia will do. I believe it's of great benefit to Australia. I've got plenty in my community who would say, 'Take their benefits away and they'll soon get a job.' It doesn't work like that for everybody.

Within a family, for the kids that are doing well, Dad lets them go and Mum lets them go. The kids that are not doing well get all the support. Our communities are no different. Workforce Australia goes a long way towards helping the kid in the family that's not doing that well. So I commend this bill to the House, and I hope that all the allocation of funds here and all the effort that has gone into this will be hugely successful.