Protesters violating the sanctity of the Shrine of Remembrance.

The Shrine of Remembrance is a sacred memorial to fallen Victorians that deserves to have its sanctity protected and respected. Opened in 1934 to commemorate First World War veterans, it is a place for reflection and commemoration among all Victorians. 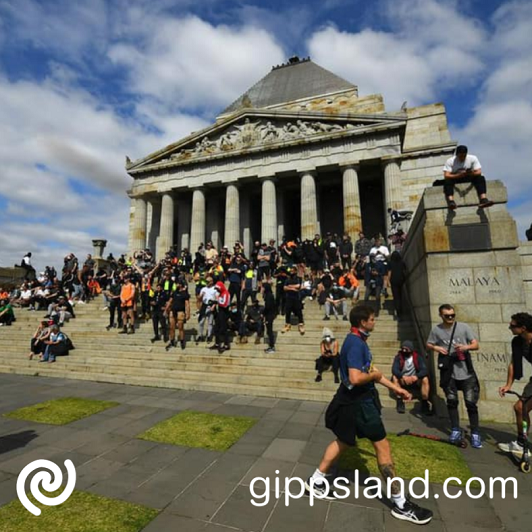 The sacred Shrine of Remembrance is a memorial for the past and present servicemen who risked their lives for our nation, the actions of the protesters was a disrespect to those who served our country

Offensive to past and present servicemen

As a sacred location that honours all who have served our country and to remember the great sacrifice of those who never returned home it should never be used as a site for political grandstanding of any kind.

Not only were the actions of those protesting offensive to current and former servicemen and women, their families, the RSL and all Victorians; but the litter and mess that was left on the steps and surrounding area was disrespectful to those who have served our country and all who work at the Shine, many of whom are volunteers.

Victorians are deeply divided at the moment. But there is never any excuse to treat our fallen soldiers with disrespect or to violate the sanctity of the Shrine of Remembrance in the way it was yesterday.