Two short term modular homes will be installed by Homes Victoria at Mallacoota by June 2022 with 10 public new homes to follow that will be a combination of social and affordable housing.

The need for both short and long-term housing at Mallacoota was raised in State Parliament last year by Nationals Gippsland East MP, Tim Bull after the matter was raised by the Mallacoota and District Recovery Association (MADRA). "The government's Big Housing Build will hopefully make a difference to housing availability in coming years, but the needs of homeless people are right here right now," said Mr Bull. 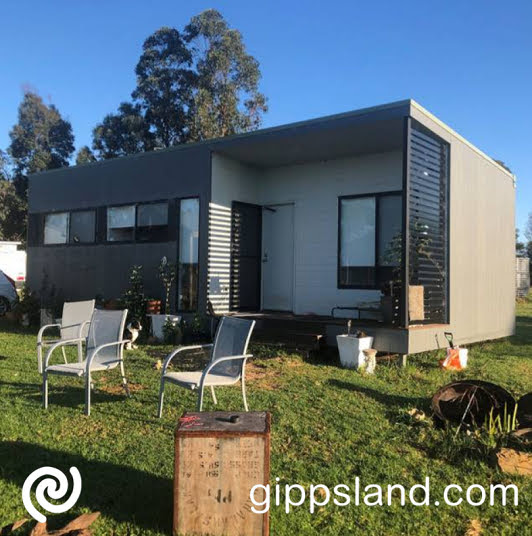 The Nationals Member for Gippsland East, Tim Bull, has welcomed the broader adoption of the modular housing concept to ease the housing crisis

Mr Bull said, "We saw modular homes brought in to house some bushfire victims while they were rebuilding, so I asked the Housing Minister to expand that concept to tackle the housing crisis more broadly, and I am pleased to say that while we could do with more, this is a good start."

Mr Bull said the modular homes were fully self-contained, cost effective and quick to install. "They are the perfect resolution to the problem of people being priced out of the property market and turning to rentals, which in turn is driving up the cost as demand soars."

"It is pleasing to see more rental options are slowly becoming available locally. Cost remains an issue, but it was not that long ago we basically had no rentals at all. Additionally, new subdivisions and new homes are gradually being released to the market, placing downward pressure on costs." Mr Bull added.

Mr Bull also said, "Unfortunately, Labor's new windfall gains tax on property developers from July 2023 will result in those costs passed on to home buyers and make housing affordability even worse." Mr Bull said despite the pleasing signs, more action is needed to ease the pressure on the property market and subsequent stress on social housing and related services.

"The Nationals have committed to support local councils with planning flying squads and to free up government red tape to deliver 50,000 housing lots across regional Victoria. It is actions like this that will further assist housing availability and the current government should adopt this policy position to get more housing into the marketplace." Mr Bull concluded.