At the memorial service for Shane Warne at the G last night, many beautiful stories were told about the kind big-hearted man. Gideon Haigh is an author of a book on Shane and said recently "let's look at who Shane Warne was cricket aside." He said that:

All these characteristics were celebrated over and over last night. Many recalled his selfless care for others both in Australia and overseas. 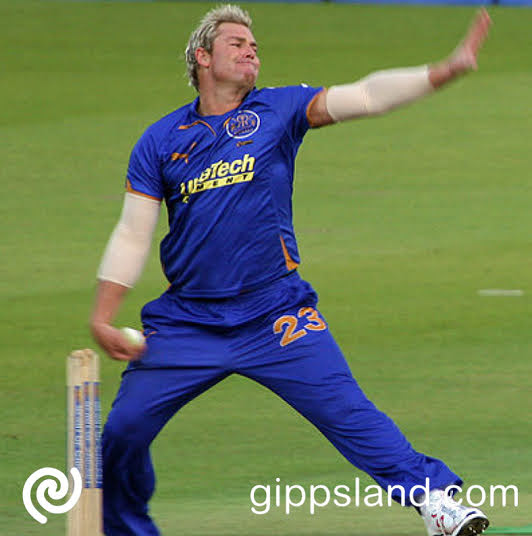 Shane Keith Warne is a cricketer of superb intellect, admired by everyone everywhere, for his unsurpassed skill and beautiful characteristics as a person

He was a patient man. On and off the field. He was a competitive, brilliant tactician on the field who would build up to take the scalp he was after. Off the field we learnt he would sit for as long as it took to sign autographs for fans, once up to two hours.

He was kind. Visiting sick and vulnerable children and others who just wanted to meet their hero. He rang those who he knew were in strife, just to check on them. No fanfare, no media. One can only imagine the countless acts of kindness that came naturally to him that we will never hear about.

He was patient and he was kind. You know, these two characteristics are the first two mentioned in the definition of love described by Paul in the book of Corinthians. It begins, Love is patient and love is kind.

If we in this country can simply honour Shane by emulating these two beautiful characteristics what a testimony it would be. Warne was known for his loyalty and generosity. Many others have mentioned, as Haigh did, how much he loved his children. We saw how much last night and we saw how much they love him. Their loving hero who put them first. His favourite time was time spent with his kids.

They said he taught them that "manners are free." He was courteous. He could speak to, and had a respect for, all people no matter their station in life. A man who owned his weaknesses and fessed up. He was honest. He was a great example of what Peter wrote about when he said

"Above all, love each other constantly, because love covers a multitude of sins." He did this. He lived in love. So let's take this opportunity in celebrating a genuine bloke by honouring his personal strengths. He was down to earth. He was what is affectionately known as a larrikin. He didn't try to be anyone else but himself. Flawed, yes, but he owned his behaviour and said to Leigh Sales in an interview "I try to learn from my mistakes and be a better person".
If only we all did this.

He loved to entertain. He loved to be the centre of attention. And he thoroughly enjoyed the interaction with everyone. And the people loved him back. He had a talent above cricket to make people feel special - respect for people does that. Patience, kindness and respect for all. Simple but not easy. Shane Warne made it look easy. As a country, we have a lot to learn from Shane. How about we give it a go.