Funding for the re-establishment of the facility.

The volunteers at Mallacoota Gun Club are working hard to re-establish facilities that were destroyed in the Black Summer bushfires. Member for Gippsland Darren Chester has announced $9000 in Federal Government funding for a new solar power system that will reduce running costs, and he's also supporting an application for $280,000 for a major redevelopment. The club has secured a donated shed and is aiming to return to full training and competition as soon as possible. 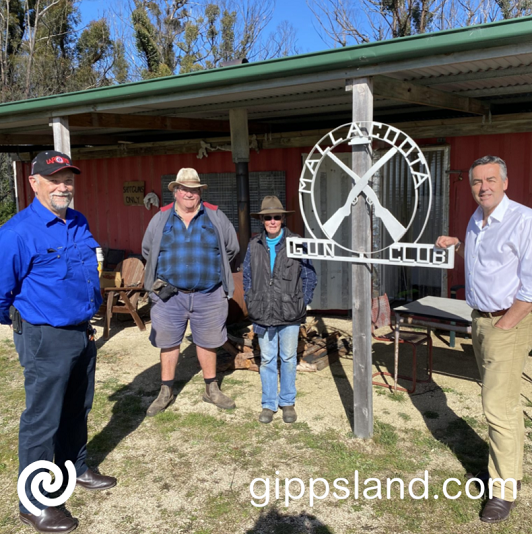 About the Mallacoota Gun Club

The Gun Club has been an important community club since its establishment in 1982. For many the appeal of the Club is the easy-going relaxed feeling. The total cost of rebuilding the Club is over $300,000, and includes the following projects:

There is also a need to purchase tools and ground maintenance equipment such as:

The Club is thankful for the donations, grants and support already received from many groups and individuals including:

Club members have already completed many projects, including reinstating the front fence and gate and clearing burnt trees and equipment.