Funding received from the government for changing areas at Apex Park.

Latrobe City Council has received a $110,000 funding boost from the Victorian Government for a changing places accessible toilet at the Moe All Abilities Play Space in Apex Park. Council will also contribute $100,000 to deliver the project in the next financial year as part of the Victorian Government's Changing Places program. 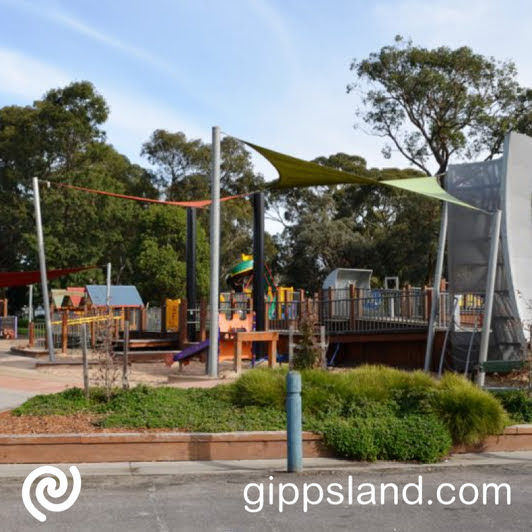 A large all abilities playground which includes a Liberty Swing, and the adjacent nature play space featuring wooden animal carvings and tree house

The project will deliver a fully accessible toilet with an adult change table and a hoist, adding to a host of upgrades recently undertaken at the park. This will become the third facility of its kind in Latrobe City, with changing places facilities available at the Traralgon Library and Service Centre and the Gippsland Regional Aquatic Centre.

There are now 90 Changing Places in Victoria out of 193 nationally. They are relied on by 326,000 Victorians to access popular tourist locations, parks and events - cementing Victoria's reputation as the nation's most accessible state for people with disability.

Latrobe City Council Mayor Cr Kellie O'Callaghan said, "Latrobe City Council is committed to making our community facilities and spaces accessible to the whole community. This project will further enhance access to this much-loved park and make it a destination for local families and visitors to the region. We would like to acknowledge the support from the Victorian Government for this important facility upgrade and we look forward to seeing it completed."