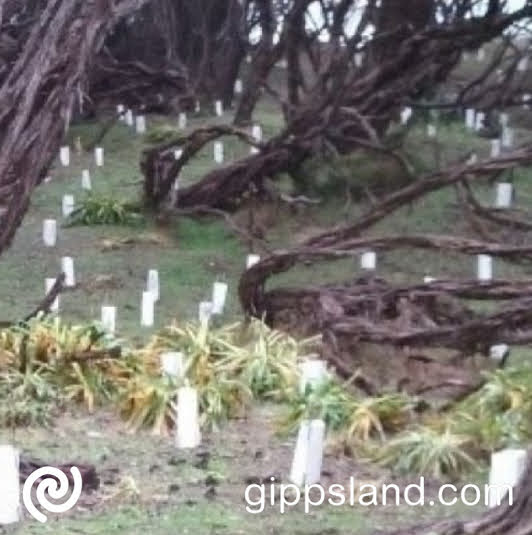 Protecting assets of our region

Bass Coast Shire Mayor, Cr Michael Whelan said that the new Policy clearly communicates council's commitment to protecting vegetation on the public land it manages. "Since European settlement, only around 10 percent of Phillip Island's indigenous vegetation remains and much of this is in coastal reserves. This vegetation is vitally important for the conservation of our natural heritage," Cr Whelan said.

"Coastal vegetation also plays an important role in providing habitat for native animals, stabilising sand dunes and protecting nearby houses and roads from the elements. The natural character of our coastline is one of the most cherished assets in our region. It is up to all of us to try and protect it," Cr Whelan concluded.

Recently, council put up a large sign at the site of tree vandalism on the Cape Woolamai foreshore to remind residents that interfering with vegetation on public reserves is illegal, and will not be tolerated.

Cr Whelan said the latest vandalism at this location had been going on for several weeks, and added to previous damage spanning a number of years. "If people think they will get away with destroying vegetation on public land by cutting a bit here and a bit there, they need to think again," Cr Whelan said.

Getting the vegetation established

Cr Whelan said, "Officers will investigate all suspicious activity, including lab-testing leaf samples for evidence of herbicide use. While we are building a case for prosecution, the offender's attempts to clear a view or path will be thwarted by large, unattractive signs."

"The sign is big - it's three metres high by three metres wide and we put it up as a further deterrent to tree vandals. Any views that might have been gained by destroying those trees are now ruined by the large sign," Cr Whelan concluded. The site will be replanted with indigenous coastal dune plant species and the sign will remain in place, until the replanted vegetation is well established.