The Longwarry Crows and Thorpdale Blues football teams can now play day and night thanks to the completion of the new pitch lighting at Thorpdale and Longwarry Recreation Reserves.

Member for Eastern Victoria Harriet Shing this evening attended the Longwarry Women's Football Competition to flick the switch and officially launch the new lighting at both grounds, made possible by a $250,000 funding boost from the Victorian government. Sport is the lifeblood of regional communities. Up until recently, the 190 members of the Blues and Crows were limited in their ability to train and compete, due to poor lighting at their respective grounds. 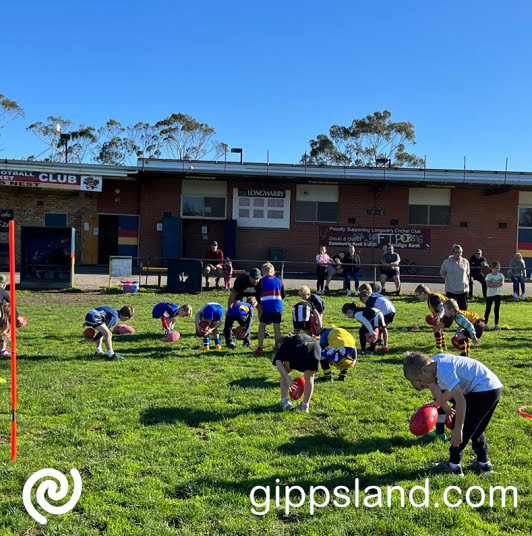 The project delivered four new lighting towers providing 100 lux lighting at both venues, allowing the clubs to host more night training and games. The new lighting also opens up the grounds to more night-time events including markets and community celebrations, including the popular Thorpdale Potato Festival, which attracts over 8,000 visitors.

The funding for the project comes from the Local Sports Infrastructure Fund - and is backed by up to $30 million from the recent State Budget, with $10 million dedicated to female friendly facilities. It's part of more than $1.2 billion invested by the Victorian government in community sport and active recreation infrastructure since 2014.

Investments like these are all about creating jobs, stimulating local economies, levelling the playing field and fast-tracking community recovery by improving the health, wellbeing, and social outcomes for Victorian communities.

Commitment to the project

Ms Shing acknowledged the Baw Baw Shire Council for its commitment and $155,000 financial contribution to the project. Applications for the 2022 Local Sports Infrastructure Fund are now open, and close on 12 July. For more information about infrastructure grant opportunities available through the Victorian government visit 'Sport and Recreation Victoria' website.

Member for Eastern Victoria Harriet Shing said, "For too long clubs like the Crows and Blues have been left in the dark due to outdated or non-existent lighting facilities - they deserve appropriate facilities they can be proud of."

"The new sports lighting at Thorpdale and Longwarry Recreation Reserves provides a real incentive for local clubs to ramp up training and development and for locals to join in the fun. Better sport and recreation facilities make it easier for Victorians to get back to local sport and recreation when it is safe to do so and lead healthy and active lifestyles." Ms Shing said.