The Andrews Labor government must act urgently to address the threat of significant job losses in Gippsland due to its failed timber policy.

The Nationals Member for Gippsland South, Danny O'Brien said Labor's failure to amend the timber code of practice had allowed legal action to effectively shut down the industry, threatening 300 jobs at Opal's Maryvale paper mill just weeks before Christmas. This is in addition to the harvest and haulage contractors currently stood down by VicForests and potential further job losses at Gippsland timber mills. 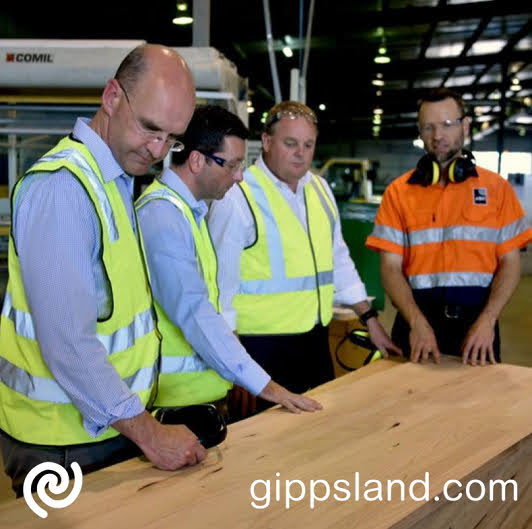 Mr O'Brien said these Gippsland job losses were the consequence of Labor's policy failure when it comes to the timber industry. "Labor has a deliberate policy to shut down the native timber industry and by virtue of its lack of action has allowed legal action to bring this policy forward."

"We are now seeing the disastrous consequences of this in the lack of timber supply to the Maryvale mill which is threatening up to 300 jobs. This is one of the manufacturing success stories we have in this state and yet Labor is sitting idly by and doing nothing." Mr O'Brien said.

Mr O'Brien said with the government now re-elected and Ministers sworn in there was no excuse for a lack of action. "The government has a number of options available to it including legislation and changes to the timber code of practice but so far it has been silent. Labor can't sit idly by and let these jobs go and pretend it is someone else's problem."

"The people of Gippsland made very clear their support for the native timber industry by backing The Nationals' position to overturn the ban on native timber harvesting by electing Nationals members in Morwell, Gippsland South and Gippsland East."

"The result in Morwell should be a wake-up call for a Labor Party that once used to care about blue collar workers' jobs. It now has the opportunity to step in and support the workers at Maryvale and others in the timber industry around our region. It only needs the political will to do it." Mr O'Brien said.