The state Labor government's attempt to hide government changes from regional communities and axe an important source of revenue for local newspapers has been stopped by The Nationals in Victorian Parliament.

Local Nationals MPs stood strong against Labor's changes in debate on the Regulatory Legislation Amendment (Reform) Bill 2022 which would have removed the requirement for state departments and councils to inform communities of intended changes via the local newspaper. Leader of The Nationals Peter Walsh slammed the latest attempt from the Labor Government to avoid being accountable and transparent with Victorians. 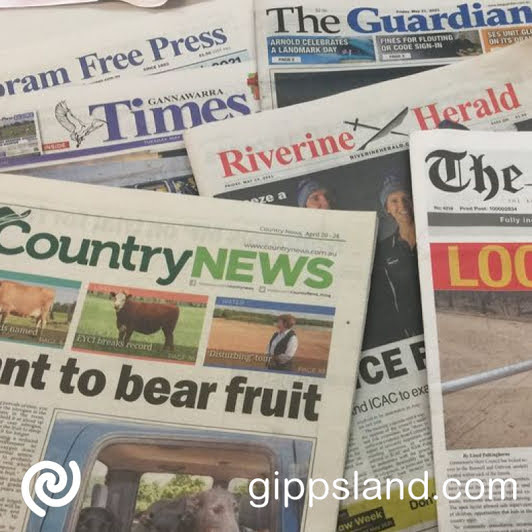 The pandemic is a fantastic example of the role of media, providing round-the-clock news we really need to know, spreading the government message about what is happening

Leader of The Nationals Peter Walsh said, "Under these laws, if governments want to make changes that will impact local people, they have to do an advertisement in the local paper that circulates in that community so people actually know what's going on."

"But Labor's reforms attempted to bury this information in the depths of a yet-to-be-determined government website instead, which would mean a lot of people would no longer be informed. Strong opposition from country communities, the Victorian Country Press Association and The Nationals has forced the Labor Government to admit that its attempt to hide this public information from Victorians was wrong."

"The Nationals agree with country communities that it is important - it's absolutely critical - that there is an open and transparent process where people will continue to be informed if there are going to be changes to regulations, rules or by-laws in the future." Mr Walsh said.

Mr Walsh continued, "Country newspapers are the crucial voice of country people, keeping us informed, sharing the successes of local people and recording our history. To think that Labor was trying to take revenue away from our local newspapers - effectively under the guise that this was somehow going to simplify the process of community consultation - shows how out-of-touch they are with Victorians."

Mr Walsh said Labor's reforms would have also had a terrible impact on regional newspapers as the public notices are an important source of advertising revenue. "I'm proud The Nationals' efforts to ensure the concerns of our regional communities were heard pushed Labor to admit it got it wrong and secured a win for transparency and accountability for all Victorians." Mr Walsh said.