East Gippsland Shire Council has proposed a 2022-23 Budget that will continue the largest capital works program in the shire's history, support local employment and continue the region's economic and social recovery.

In releasing the draft Budget 2022-23 for community feedback, Mayor Cr Mark Reeves said the largest ever capital works program at $91.7 million would bring significant benefit. "The 2022-23 capital works program includes $47.4 million in government grants. This is the result of strong advocacy and working with the community to identify, plan and progress projects that will have long-lasting benefit," Cr Reeves said. 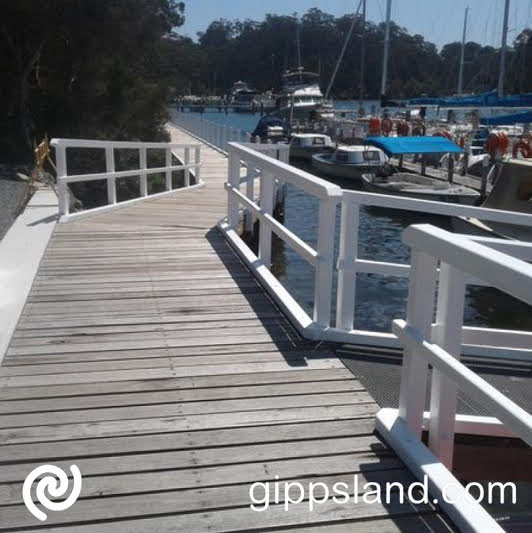 Opportunity to give feedback

Cr Reeves said, "As a result, our capital works program will not only put much-needed infrastructure in place, but it will allow our communities to continue their recovery, connect and take pride in their towns, and help put East Gippsland on a path of economic growth."

Cr Reeves said council provides services, facilities and programs across the shire, and the draft budget is an important document that provides information of councils financial resources over the next four years. Community feedback on the draft Budget is important. I encourage everyone to take the opportunity to give their feedback by Friday 3 June at 12pm," Cr Reeves said.

Assessments based on valuations

The draft budget proposes an increase of 1.75% in total rates and the municipal charge. This complies with the rate cap announced by the Victorian government. It is important to note individual rate assessments will vary based on valuations undertaken by the Valuer-General Victoria.

Council recognises businesses are still recovering from the impact of the 2019-20 bushfires and pandemic lockdowns, so proposes to reduce the rate differential for commercial and industrial properties from 145% to 140%. Farms get a differential rate discount, which was:

This was in recognition of the impact of the drought. The draft Budget proposes that the farm differential be set to 85% (15% discount) of the general rate; this will continue to provide a discount to all farming properties in the shire. Waste Levy proposed The budget proposes the introduction of a waste levy of $37 on all rateable properties that receive a municipal charge.

Cr Reeves said the $37 waste levy will mean the costs imposed by the Victorian Government will be spread out equitably between ratepayers. "Rather than increasing waste disposal fees, we will keep the fees at 2021-22 levels and introduce a levy. We hope this will also help reduce illegal dumping which has increased in recent years," Cr Reeves said.

Council will also continue to provide free recycling services at our landfills and transfer stations. The cost of disposing of mattresses is significantly discounted as part of this year's Budget. These services reflect council's commitment to supporting recycling and the circular economy.

Council will also make changes to the Raymond Island Ferry service to generate more income to offset more of the ferry's significant running costs. "Operating and maintaining the ferry costs around $2.24 million a year which is a significant cost to council and is only offset with income of $216,000 which is less than 10 percent of the annual operating cost," Cr Reeves said.

"Recognising the importance of the ferry to those living on Raymond Island, all households will receive one free annual pass, but any additional passes will need to be purchased. Under our new system, this pass will be transferable between vehicles. Extra passes can be purchased as usual. "The annual fee for vehicles with trailers and commercial vehicles will increase 1.8 per cent. For the first time we will also introduce a small fee of $2 for walk-on passengers."

"We understand that some parts of our community may not support these changes, but the costs of operating the ferry are increasing each year due to the vessel's age, fuel increases and increased legislative requirements by the Australian Marine Safety Authority. Making changes to ferry charges and increasing user-pays contributions is the responsible thing to do," Cr Reeves said.

"Our proposed capital works program for 2022-23 is diverse in type and location. We will invest more than $18million into roads, bridges, footpaths, cycleways and drainage, while there's a focus on parking, rest areas and seawall replacement in towns such as Cann River, Newmerella, Paynesville and Mallacoota," Cr Reeves said.

"We also have more than 12 major buildings, facilities, streetscape or sporting projects scheduled across as many as 10 different towns. The opportunities for our communities, and visitors, will be significantly enhanced when those projects are finalised." Cr Reeves said.

Some of the major projects in this year's draft budget are:

Other project lined up are:

Mr Basford also said, "The increasing cost of fuel and building supplies is putting cost pressures on the delivery of our services and projects. We are proactive with our planning, and work with our suppliers and contractors to ensure we get the best value possible for ratepayers."

Councillors will consider the feedback at a Briefing session and not at any formal meeting. If there are changes as a result of the feedback they will be reflected in the Final draft documents being considered on 28 June 2022. Feedback submission closes on:

View the draft budget online or at our customer service centres. 2022-23 Budget summary - see the major changes at a glance.