The Nationals will move to fix Leongatha's most notorious intersection if elected to government on November 26.

The Nationals Member for Gippsland South, Danny O'Brien was today joined by Leader of The Nationals, Peter Walsh, to announce they will start work on a solution to the intersection known as "Kamikaze Corner" by many locals. Mr Walsh announced that The Nationals and Liberals in government will allocate $1 million to undertake the business case for stage two of the Leongatha Heavy Vehicle Alternate Route, which will address the confusing intersection of the South Gippsland and Strzelecki Highways. 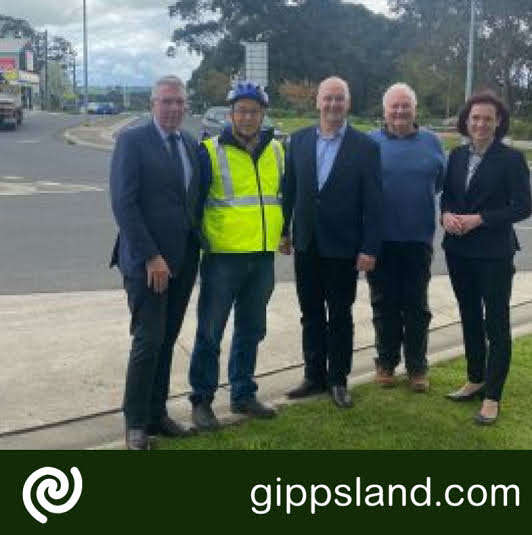 Getting the intersection fixed

Mr Walsh said, "Danny has had me visit the intersection previously and even while we were standing there watching, there was a screeching of brakes and a near miss. I can see the importance of getting this intersection fixed."

Mr O'Brien said the intersection in the centre of town was confusing, congested and dangerous for locals and visitors alike. "This intersection is a headache for Leongatha and has only been made worse by the addition of the newly completed section of the Great Southern Rail Trail that goes right through it."

"This issue has been raised with me repeatedly by locals, it featured heavily in my 'Your Future, Your Say' community survey and nearly 750 people have signed a petition I tabled in Parliament seeking a solution. Getting a solution will be good for the town, for the safety of motorists and to help make the rail trail a success for tourists and local users alike." Mr O'Brien said.

Mr O'Brien said while everyone had an opinion on what should be done to fix the intersection, he would leave it to the experts to come up with the best solutions in consultation with the local community.

"People raise traffic lights, a roundabout, diversion of the South Gippsland Highway down Hughes Street and redirection of trucks heading to the Saputo plant. There are benefits and disadvantages of all the suggestions, but we will take them all on board and ensure Regional Roads Victoria has the funds to deliver the best solution. I am committed to fighting to see that solution delivered when we are in government." Mr O'Brien concluded.