East Gippsland Shire Council notes recent reports regarding a possible licencing reapplication for a mineral sand mine in Glenaladale.

Council cannot comment on a proposal it has not seen. Any new proposal would be assessed on merit. Last November, Minister for Planning Richard Wynne rejected a mine proposal last year following an Environmental Effects Statement (EES) process. "The Minister's assessment of that project was that it would have unacceptable environmental effects. That decision last November had given our community some clarity on the future and an opportunity to move forward after a lengthy process," Mayor, Cr Mark Reeves said. 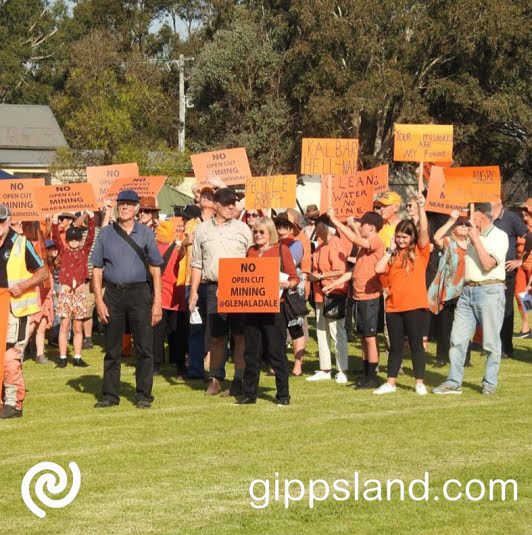 Council still need community's help to stop the mine, the health of the environment and the future of the children are depending on the support they can get

Mayor, Cr Mark Reeves said, "Council had documented its serious concerns about that proposal mine, in particular the threat it posed to endangered species and ecological communities, the potential for ground and surface water contamination, dust and radiation pollution, impacts on the surrounding road networks and the potential diversion of water from East Gippsland's most productive agricultural land."

Council is advocating for an overhaul of the Victorian Government's EES process. "The previously proposed Fingerboards Mineral Sands Project application review process demonstrated to Council that creating an EES is a detailed, complex, time-intensive and costly procedure," Cr Reeves said.

Cr Reeves also said, "While local government participation in an EES is important, the process resulted in financial, social and human resource implications that would be felt by any local government. We have partnered in advocacy on this issue with Mornington Peninsula Shire Council."

"We are advocating that an independent expert group be established and funded by the proponent or Victorian government to ensure the technical integrity of an EES and provide a technical resource during an inquiry. We are also calling for financial support for local government and community members to participate in the EES process and for support from the Municipal Association of Victoria and Rural Councils Victoria to establish a local government working group." Cr Reeves concluded.