Home to a new breed of thrills following the official opening of a new mountain bike park on Saturday.

The Haunted Hills are home to a new breed of thrills following the official opening of a new mountain bike park on Saturday 18 December. Riders from near and far can enjoy 12 kilometres of single-track trails now the $1 million Federal Government funded stage one of the Haunted Hills Bike Park has launched for public use. 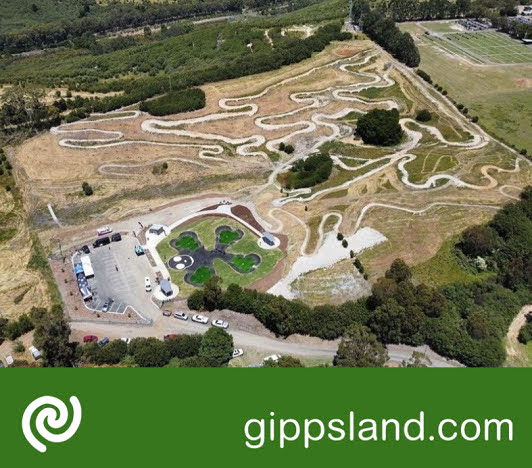 Prepare your bikes and pack your adrenaline for this awesome newly opened track, the Haunted Hills bike trail

Launched for public use

Saturday's grand opening was the culmination of a decade's hard work by the Gippsland Mountain Bike Club, who have laid the groundwork to develop the Latrobe City Council owned former depot site between Morwell and Newborough.

Latrobe City Council Mayor Kellie O'Callaghan applauded the grassroots efforts of the club to transform the underutilised land into a recreation hotspot. "Gippsland Mountain Bike Club and in particular Nick King have done an outstanding job to create a versatile community asset which will be enjoyed by locals and visitors for generations to come."

"Council is proud to have worked alongside the club to help realise their vision and will continue to support the expansion of trails and facilities at the site. The trails currently available cater to all skill levels so there are opportunities for people of all ages and abilities to enjoy the park. There is also scope to attract major events to the site with interest already mounting from several parties." Cr O'Callaghan said. 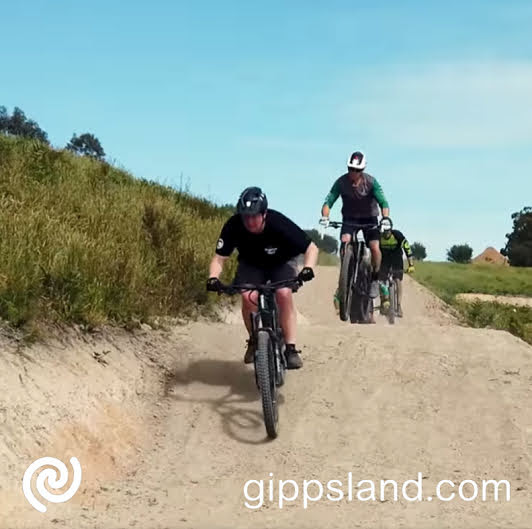 The Haunted Hills park is one of seven sites set to form a Gippsland Mountain Bike Hub (G7), envisaged to become a nationally significant trail destination featuring over 250km of tracks.

These locations are earmarked for inclusion in the G7, encouraging tourism and visitation across Central Gippsland. Haunted Hills has already attracted funding for Stage 2 development - including 15 km of new trails - through the State Government's $1 million Regional Tourism Investment Fund.