Teams from across the country joining Australian Netball League to compete on the upcoming netball competition.

The new-look Australian Netball Championships will welcome a record ten teams to Traralgon's Gippsland Regional Indoor Sports Stadium from September 13-19. This marks the most teams to compete in this competition, with the Australian Netball League (ANL) previously hosting eight teams. 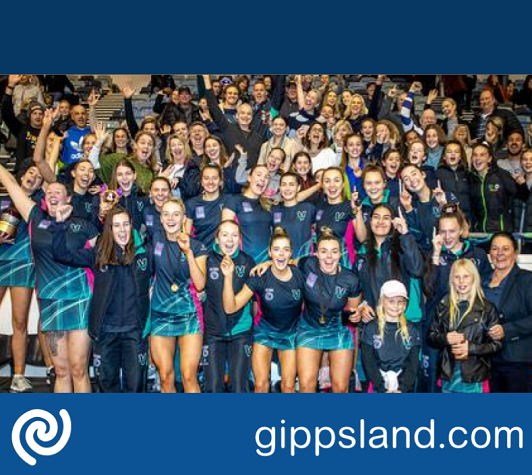 The Australian Netball Lauge is an event that will bring together all of the country's emerging netball talent, including athletes, coaches, umpires and officials

All state and territory-based member organisations and the eight Suncorp Super Netball clubs were given an opportunity to submit a team. In a first for a competition, the GIANTS Netball Academy and the QBE Swifts Academy, with support from Netball NSW, have entered teams.

ACT Netball and the GIANTS Netball Academy were previously combined as the ACT Giants, however this year the Capital Darters will enter as their own team. The competition will also welcome 2019 ANL premier Victorian Fury, who are closely aligned with the Melbourne Vixens.

From the member and clubs organisations

Across the country, the Western Sting in affiliation with the West Coast Fever will make their way to Victoria, along the Southern Force from Adelaide. The final team on board is the QLD Sapphires, who are closely associated with the Queensland Firebirds. Tasmania and the Capital Darters are the only teams not aligned with a Suncorp Super Netball affiliate.

Netball Australia Executive General Manager of Performance, Stacey West, was delighted to announce a record ten teams would compete in the event. "We have had an overwhelming response from our member organisations and Suncorp Super Netball clubs to compete in the new-look Australian Netball Championships," West said.

"This competition is a major development opportunity and provides a key transition pathway for athletes, coaches, umpires and official to the world's best netball league. We are also excited to hold the event in Traralgon this year - the first year it has been taken to a regional location."

Partnership with the council

The Australian Netball Championships takes a new format this year, after 2020 ANL competition was cancelled due to the coronavirus pandemic. This year's competition is being delivered in partnership with Latrobe City Council.