Water safety authorities are warning everyone to be smart and safe around the water to avoid turning holidays into casualties.

There's been a horror start to 2022, with four people losing their lives to drowning in Victoria since New Year's Eve. On Friday, a toddler passed away in hospital after being found unresponsive in a Footscray pond earlier in the week, along with a woman whose body was recovered by police after she was washed into the sea while rock fishing with family in Punchbowl. 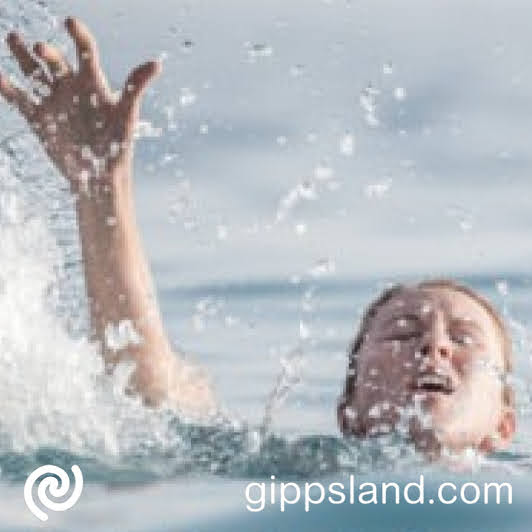 The greatest risk any time you're near the water is drowning and after new year's drownings, the community and visitors around are being warned of the dangers of waterways following a spate of drownings in Victoria

Today has seen three further fatal drownings, with a seven-year-old boy's body being recovered by police search and rescue divers from the Snowy River in the state's east this morning, after we went missing while swimming yesterday.

Shortly after this, emergency services were called to Princetown, after three swimmers were reported in distress in rough conditions to the east of the Gellibrand River mouth. Although a local private helicopter was able to rescue the trio and commenced CPR on one of the swimmers, tragically, a 35-year-old male died at the scene.

These incidents bring the drowning toll this financial year to date to 25, including 9 since summer started - four and three more fatal drownings than the 10-year averages for those periods, respectively.

Urging Victorians to stop and think

Tragically, half of the drownings in the past 72 hours involved children aged 0 - 14 years. In addition to the fatalities, lifesavers have undertaken 44 rescues during the past 72 hours - each of which could have had a very different outcome if lifesavers weren't there.

Life Saving Victoria general manager lifesaving services Liam Krige said authorities were pleading with Victorians to take water safety seriously to prevent further tragedies. "The last thing we want to see is festivities turn into fatalities, but tragically, five people have died from drowning since New Year's Eve and seven since Christmas - it's an absolutely horrible start to 2022."

"We know people are keen to let loose and relax after another tough year, because we're urging Victorians to stop and think about the risks around water before they find themselves in trouble. It's clear people aren't taking the risks around water seriously, and we're incredibly concerned we're going to see further devastation in and around our waterways." Mr Krige said.

Mr Krige said, "People think drowning will never happen to them. But drowning can happen to anyone, and if you don't make safety your priority around water, it could happen to you. It only takes seconds for things to get out of hand, so while you're relaxing these holidays, remember to never relax your vigilance around water."

"While we've seen a horror spate of drownings during the past 72 hours, the good news is that drowning is preventable and there are simple steps you can take to keep yourself and your loved ones safe."

"This includes swimming at patrolled locations during times that lifesavers are present wherever possible, knowing and sticking to your limits, avoiding alcohol and other drugs around water, and constant and active adult supervision of children around water." Mr Krige continues.

Caution around water is a must

Mr Krige also commented, "Twenty seconds is all it takes for a child to drown in just a few centimetres of water, so remember to keep kids under five within arm's reach, and under 10s in eyesight. If you're planning on boating or fishing, remember that lifejackets save lives, so put on a well-fitted and properly maintained lifejacket before you head out, go out with a mate, and make sure you let someone know where you're going and when you'll be home."

"Half of all fatal drownings during the past decade resulted from unintentional entry into water, so even if you don't plan on going in, never turn your back on the sea and be cautious of rough waves or slippery or unstable waterway edges."Mr Krige added.

Being safe and smart

Mr Krige also said, "If there's one thing we want people to remember when they're around water, it's that anyone can drown, but no one should, so be safe and smart around water and make this new year one to remember for the right reasons."

"This spate of fatal drownings comes after lifesavers, police and the Bureau of Meteorology warned of the perfect storm for water safety with heat wave conditions across the state coinciding with the new year's long weekend." Mr Krige concluded.