The Coalition Government is bolstering support for farmers in East Gippsland and Wellington through the On-farm Emergency Water Infrastructure Rebate Scheme.

Member for Gippsland Darren Chester welcomed the announcement that the Australian and Victorian governments had signed an extension of the rebate scheme. "It's good to see this important program that helps farmers with future drought resilience, finally being made available in East Gippsland and Wellington," Mr Chester said. 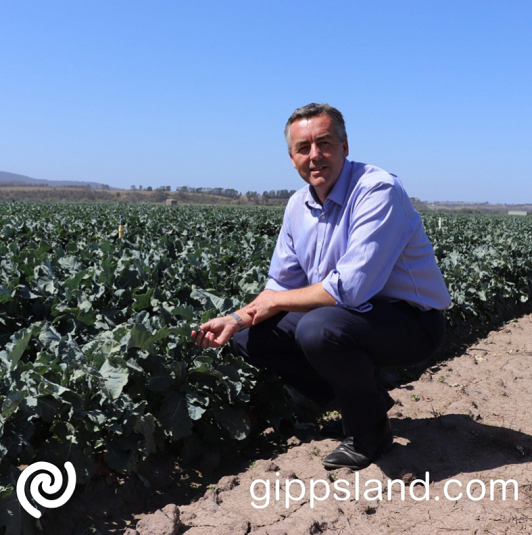 Mr Chester said, "I've been fighting for further support for farmers, and the extension of the scheme is a big win. The Federal Government's ongoing funding will help farming businesses in our region prepare for the future. I encourage farmers in East Gippsland and Wellington regions to check their eligibility and make use of the rebate."

Minister for Resources and Water Keith Pitt recently announced that the Victorian Government had finally signed the scheme. "It was disappointing that it took 11 months from when the extra funding was announced for Victoria to sign up, but the important thing is those farmers who need it will now have access to funding."

"It's great that politics has now been put aside so money can now flow to those who need it. This rebate scheme extension will help Victorian farmers in the East Gippsland and Wellington regions to build long-term infrastructure and drought resilience," Minister Pitt said.

Stepping up to provide

"We have stepped up again to provide an extra $862,540, matched by the Victorian Government, under the extension of the scheme. The Australian Government is also reimbursing Victoria $776,650 for 74 rebates paid to drought affected farmers under the original scheme."

The expanded investment recognises the popularity of the scheme. Eligible farmers can claim up to 25 percent of the eligible infrastructure costs, capped at $25,000 with Victoria and the Australian Government contributing half each under the extension.

For more information about the On-farm Emergency Water Infrastructure Rebate Scheme visit the Department of Agriculture, Water and the Environment.

For more information on how to access the On-farm Emergency Water Infrastructure Rebate in Victoria, including guidelines and application forms, visit rural finance.