In 1968 I moved to a small community called Pakenham and started my own business as an 18-year-old. It was probably unusual for an 18-year-old to be beginning a business, but I came from a family of entrepreneurs and it was normal for us. That's what you do - create yourself a job. 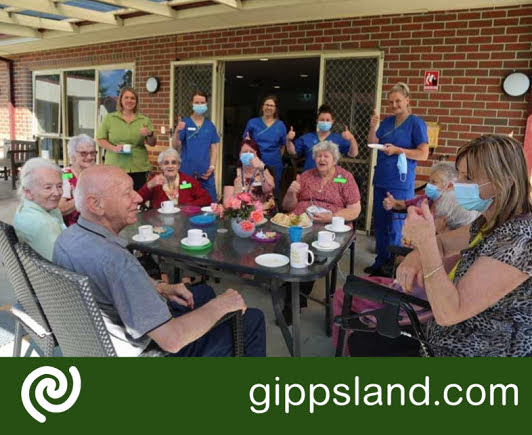 Aged Care Amendment Bill 2022 aims to improves transparency, integrity and accountability and caps the fees paid for home care and will put nurses back in nursing homes

Then you had the Pakenham Bush Nursing Hospital. That was provided by local doctors and the whole nursing regime of that time. The most feared woman in the town was the matron of the hospital, because she ran the show. They provided paediatric services and palliative care services and looked after breaks and scratches and cuts and bites; it was all done within this community by the local doctors as part of the bush nursing hospital system.

Because I've got the time, I'm going to tell you that the bush nursing hospital system in Victoria was created by council and state governments, who got together because 25 percent of women in country communities were dying in childbirth, compared to about five or six percent in the city in those times.

So these country communities right across Victoria got together and created bush nursing hospital systems and drove the rate of death in childbirth down to that of the city. And that's what these bush nursing hospitals were all about. They were really important to women in the community.

As an 18-year-old, I realised that the vast number of patients in our bush nursing hospitals were elderly people either needing care or in palliative care, and that usually they were needing care because they could no longer cope at home. What did we do? We drew them into the heart of the community, and they went to the bush nursing hospital and were cared for there.

That was probably not going to work, because if all your beds were filled up with ageing residents and there was nowhere for your new babies to come - a few years later my twins were born there and my beautiful daughter, Emily, was born there at the bush nursing hospital - you're never going to have enough beds for the reasonable support of the community.

So the community decided we needed a dedicated aged-care facility right next to our bush nursing hospital. Of course, a fundraising committee was created, and I think my idea was to call the fundraising program 'A cry from the heart: from the elderly to the rest of the community'.

The cuts and scratches and bruises are now done by the doctor, or it's off to Casey Hospital in my dear friend the member for La Trobe's electorate. It's a marvellous facility, along with St John of God next door to it. Healthcare services and provision have changed dramatically, but we raised the money for the aged-care centre.

Used as a stick to beat

I'll tell you a story about aged care, because I've been connected to aged care for all of my life - not only in my political career but in my business career as well. At the same time, I chaired the local disability centre, where we needed a day care centre for people with disabilities - and that's another whole story in itself.

My greatest learning experience ever was living the life of chairman at Minibah, our disability centre. That's where you learn how people really do it hard, when they've got disabled children.

Aged care has been evolving for a long time, and I make the point that I now come to today. We've only recently had an election campaign where aged care was an item of discussion amongst the parties. In fact, aged care was used as a stick to beat the former Morrison government.

But I'll take you back to 1998, when I was the member for McMillan, and the Howard government had then decided to reform aged care. They were actually very good reforms but politically very dangerous. The Labor Party picked up on that very quickly in that campaign in 1998 and used it very effectively as a stick against the then Howard government.

I had said to Mr Howard, the Prime Minister at the time, 'Please do not do these reforms in your first term; wait till your second term.' That was because, in my knowledge of the interaction between families and their inheritance, moving a person who has a home as an asset into an aged-care facility and using that asset as a bond was seen to be removing the children's inheritance.

So part of my loss in that campaign was a very strong campaign by the Labor Party against those reforms. The sad part about that was that because of that loss and losing that battle over aged care, the good reforms were not put into place.

This is playing out today and has played out ever since that time. That's even though we have reforms, and have reformed that transition from your home to a new living home in aged care very well.

Aged care should be another step in life. It is not the end or a death sentence, it's just a different way of caring for people in our community. That's how it should be and how I believe it is today.

The last campaign, especially by the nursing federation - which branch, I'm not sure - said that all aged care is terrible: don't go there. And they said that all the people working in aged care are under pressure with this or that - of course they are!

I pay tribute, like the member for Dunkley did, in regard to those people who worked through COVID and all the issues around facilities and the provision of aged care. But, mostly, they sent a message about all aged-care providers to the community, that things were terrible in aged care.

There were some areas that the royal commission pointed out, very clearly, that needed addressing, and both sides of the House have committed to addressing those issues.

The people who have a real heart for delivery of services to the clientele in aged care are praised by me right across my electorate. I even got to the point where I had to send each organisation a note to say how much we have high regard for the services that they deliver and to apologise for all the negativity that had surrounded the debate around aged care, its delivery and its service.

Paying the price for bad decisions

I think I can say this now, a long time after the event: Prime Minister John Howard said to me just before his government was defeated, 'Russ, do not ask me for any more money for aged care, because we have delivered it in buckets.' And he had! But the need in aged care, the exponential growth that came, was something which the Labor Party knew about in 1998. We all knew exponential growth was coming.

So we're paying the price today for bad decisions, probably made by both parties, because we were fearful of making the reforms we needed to make. That was a political decision, and when you make those political decisions there are always consequences. It may, in my case, have been one of the causes of my demise in that election campaign.

However, we face the consequences today for those decisions that were made by political parties during the heat and battle of an election campaign. But, remember, that every decision that you take has consequences. When the royal commission says that you need a registered nurse 24 hours a day in every aged-care facility, that sounds great for those facilities that can afford that.

They already are delivering that service. But there are other communities where, because of the size and scale of their organisations, they just cannot afford to have an RN. Secondly, they may not have access to an RN in remote communities or even in regional communities like mine because of the competition from the local hospital, the local GP clinic and especially from other aged-care facilities.

These are all the issues that I as a local member have to look at, rather than blindly giving blanket support to a proposition. I need to know how that proposition is going to affect the aged-care facilities in my electorate on the ground.

What will be the outcome of a blanket decision like that? The government said, 'We're offering you exemptions, Russell.' But there's no detail around the exemptions. I already have an issue with my aged-care facilities because of the pressure that COVID has put on them and with our access to human resources because of our regionality where we are.

You can't just go down the street in Foster and grab another RN or aged-care worker, because they're not there. They have to come from the districts. So you are competing with other districts for the minimal resources that are there as far as an aged-care workforce goes. It's quite different in the cities, but for us it's difficult.

We've just had an EBA that claims the wage increase is going to come out at around 3 1/2 percent. But the government's given them only a 1.5 percent increase, so you're already 1.75 percent down in the outworking of the finances of the organisation. Worse than that, when you need somebody on deck in the aged-care facilities and you can't get anybody, you have to go to an agency.

Of course, the agency cost is far higher than the wage cost of a permanent worker. So there are a lot of issues around aged care. I'm asking the government to address those very carefully, having regard to the impact it will have on regional facilities.

I have to stand with my regional facilities. I have to stand with my own people. That's because I want ageing in place. It has been a tenet of mine for as long as I've been in this place that the aged-care facility needs to be in the community in which a person lives. Therein lies the great difference. If we can have ageing in place, that is my desire.