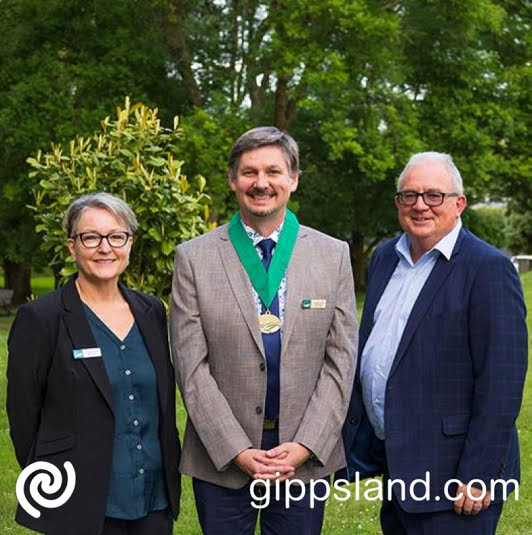 Support to cope with our growing population

Mayor Cr Michael Leaney said, "I'd like to thank my fellow councillors for the faith they've put in me for this important role. We have a great team here. A team that works cooperatively and one that is totally committed to making things happen for the greater good of our community. We also have a wonderful team of officers, an excellent CEO, but most importantly we have an amazing community."

"No matter what part of the Shire you call home - whether it's in our major growth areas or our rural and remote areas - we have a vibrant community here in Baw Baw Shire. I will work as hard as I can to deliver the results that our whole community desperately requires. We are the fastest growing regional area in Victoria."

Partners to provide the infrastructure and facilities

"Over the next year, I'm going to make getting the assistance we need a key priority. I'm going to call on the Federal Government and the State Government to let them know clearly what we need for our growing municipality. I see both Canberra and Spring Street as being our partners to provide the infrastructure and facilities that the Baw Baw Shire community needs and deserves." Cr Leaney said.

Deputy Mayor Cr Annemarie McCabe said, "It is an honour to be elected Deputy Mayor and I thank my fellow Councillors for their support and trust in this role. Baw Baw Shire has so much promise. It is a beautiful place to live and it has so much to offer."

"I look forward to working closely with Mayor Leaney and my fellow councillors to provide leadership, to advocate strongly on our region's behalf, and to deliver the outcomes our residents deserve."

Improvements on behalf of our community

Mayor Cr Danny Goss said, "I would like to thank my fellow councillors, the CEO, the Executive Team and Council officers for their fantastic support over the last two years. Together we've accomplished a lot. I leave as Mayor knowing that together we've helped to put Baw Baw Shire on the State and Federal Government agenda and we've delivered so many key projects and improvements on behalf of our community."

"Yes, there's more to be done, and I'll be here to help drive those efforts in support of Mayor Leaney and Deputy Mayor McCabe as they lead our ongoing efforts as a Council. It has been a true privilege to serve as your Mayor for the past two years, and I thank you all for your support."

"It has meant a lot to me and to my family. I look forward to what this council will accomplish in the next year and in the years to come." said the outgoing mayor, Danny Goss.