The opening of the Glengarry Mechanics Institute follows the refurbishment of the hall, which included new timber flooring, a new kitchen, acoustic panelling, a new sound system and painting throughout. The project was funded by the federal government's Drought Communities Programme - Extension of $397,474, the Victorian government through the Latrobe Valley Authority of $159,660 and the Glengarry Mechanics Institute Hall Committee of $25,000. The project works were completed by local company Rebuild Gippsland. 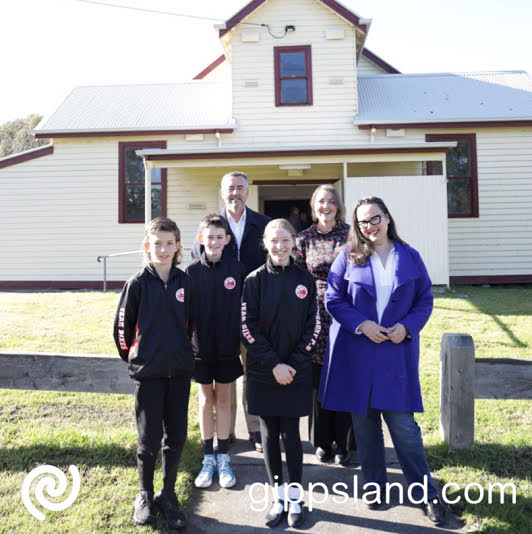 Better outcome for the community

Mayor of Latrobe City, Councillor Kellie O'Callaghan celebrated the opening and the positive impact of the community and all levels of government working collaboratively. "The refurbishment of the Glengarry Mechanics Institute has been a fantastic outcome for the local community; reinvigorating a historic asset that has been well-loved by locals since 1927.

"The hall has been home to a library, a picture theatre, live music and countless community events over the years. With these refurbishment works complete I have no doubt the facility will be well-used for years to come.

"This project highlights the benefits of our community and all levels of government coming together and the impact we can make together. We look forward to continuing this partnership work on many more community projects to come," said Cr. O'Callaghan.