In considering community feedback, the 2022-23 Budget features some changes to what was presented to the community for feedback in the draft Budget. Councillors read and considered all this feedback, along with verbal feedback councillors received from residents during their day-to-day interactions. A large crowd also turned out for the council meeting, and some community members took the opportunity to speak passionately to the meeting. 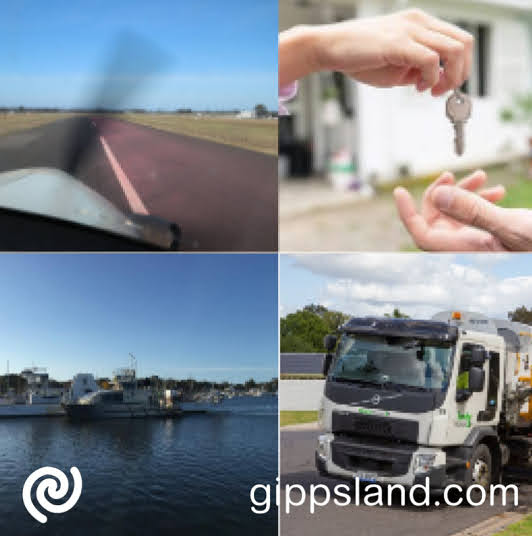 Amendments made to the final 2022-23 Budget included an increase in the value of the Capital Works Program from $91.4 million to $104 million. Mayor Cr Mark Reeves said the capital works budget was about three times larger than usual - it usually sits around $32-$42 million.

"It is important to note council's contribution to the capital works budget has not increased. All of the increase has come from our work to secure state or federal grants. These are mostly competitive grants that we have been able to attract to East Gippsland for projects that we know are a priority for the community. The grant income for our capital projects is $53 million.

Cr Reeves said, "These major projects include the Bairnsdale Airport upgrade, which will play an important role in emergency services and attracting commercial aviation. The capital works program also means we will continue to provide sporting facilities that meet current standards. The program also includes projects that support communities that have been bushfire and COVID affected,"

"Some of the capital works budget is going towards continuing some big, multi-year projects that are already under contract. These include the WORLD Sporting Precinct in Bairnsdale and the Slip Road redevelopment in Paynesville. A large portion of the capital works program supports renewal of existing assets to ensure they are fit for purpose and are more resilient to changing climatic conditions," Cr Reeves said.

The rate waiver for eligible properties where the main dwelling was destroyed or deemed uninhabitable as a result of the 2019-20 bushfires will continue for the 2022-23 and 2023-24 years. The 2022-23 Budget includes an increase to total rates and the municipal charge of 1.75%, meeting the Victorian government's Fair Go Rate Cap. However, individual rates vary and the change may be higher or lower than the average rate and municipal charge increase of 1.75%.

Cr Reeves also said, "Council has recognised the importance of the ferry service to the Raymond Island community; however, we also recognise the ferry's significant cost needs to be somewhat met by ferry passengers,"

Councillors heard from many concerned residents about the proposal to reduce the number of free annual passes from two to one. An amendment has been made to the budget, allowing owners of developed properties who receive a concession on their rates to apply for a free second annual pass.

Annual passes can be purchased by non-residents or residents who need additional passes. "We have also decided to remove the proposed $2 charge for pedestrians. We heard from the Paynesville Business and Tourism Association, and the community, that the proposal may impact on the island's sustainable travel, so it was removed from the Budget," Cr Reeves said.

Council received minimal feedback on the proposed waste levy and it was included in the adopted Budget. The $37 levy applies to all rateable properties that receive a municipal charge. Council's domestic waste collection charges will remain the same as in the 2021-22 year as do its waste facility fees and charges. The exception is mattress deposit fees, which have reduced. It remains free to deposit recyclable materials at waste facilities.

Cr Reeves said council appreciated the community input to this year's budget process. "Thank you to everyone who took the time to make a submission on our draft budget. The 2022-23 Budget balances the community's - and council's - aim to continue to deliver services, and build, upgrade and maintain infrastructure to meet the needs of our region now and into the future," Cr Reeves said.

"Council is very aware that many people have had a difficult few years. The current economic climate is also raising uncertainty about what the future holds. Council is confident the Budget is financially responsible and will continue to seek opportunities to reduce costs while maintaining service standards." Cr Reeves concluded.

Council's 2022-23 Budget can be viewed on the East Gippsland Shire Council Budget' page and at our Customer Service Centres.