Tribute to Australian Army nurse Vivian Bullwinkel that it would be great to fully fund a statue in honour for the extraordinary nurse who served the army.

I rise to pay tribute to an extraordinary Australian: Army nurse Vivian Bullwinkel. On this day 80 years ago, she was onboard the SS Vyner Brooke, which was fleeing Singapore and overflowing with 181 passengers, including women and children and wounded soldiers. Sixty-five passengers were Australian nurses. 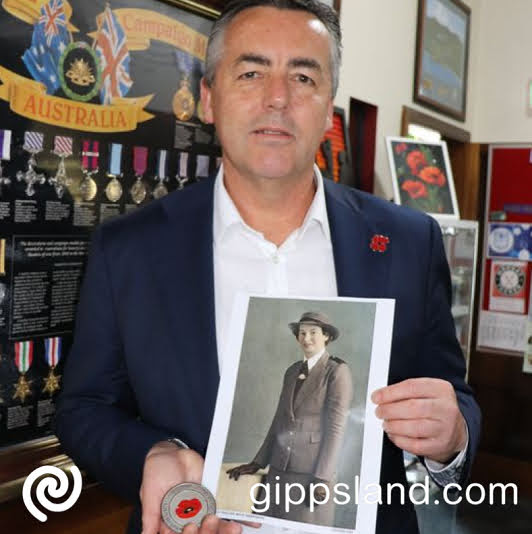 After the war, Vivian Bullwinkle devoted herself to the nursing profession, raising funds for a nurses' memorial and serving on numerous committees

The SS Vyner Brooke ship was bombed and, of the 53 nurses who did make it to Indonesia's Bangka Island, 21 would live just another two days before they were marched into the sea and machine-gunned to death by Japanese troops in a horrendous act of brutality. We know this because one nurse - Bullwinkel - was shot but feigned her own death and survived to tell the story.

Bullwinkel died in 2000, but she didn't let the experience define her life. She survived three years as a POW. She retired from the Army in 1947 and became the director of nursing at Melbourne's Fairfield hospital.

She devoted herself to the nursing profession and to honouring those killed on Bangka Island, raising funds for a nurses memorial and serving on numerous committees, including for a period as a member of the council of the Australian War Memorial.

There's one place where we tell the stories of service and sacrifice, and that is the Australian War Memorial. There are plans to establish a statue in Bullwinkel's honour.

What a great act of bipartisanship it would be for this federal parliament in the middle of a pandemic if we could find a way to fully fund a statue to commemorate Vivian Bullwinkel and all the nurses who have served in the Australian Defence Force.

I say to those nurses: thank you for your service on this, the 80th anniversary of the Bangka Island massacre. I have written to the Prime Minister seeking his support for a statue at the Australian War Memorial.