Food campaign to help educate the young people about healthy diet that lead to happier and healthier mental and physical wellness.

The next stage of a health promotion campaign to benefit Latrobe City's young people has been unveiled. A project by Latrobe City Youth Council encourages healthy eating to benefit one's physical and mental health. 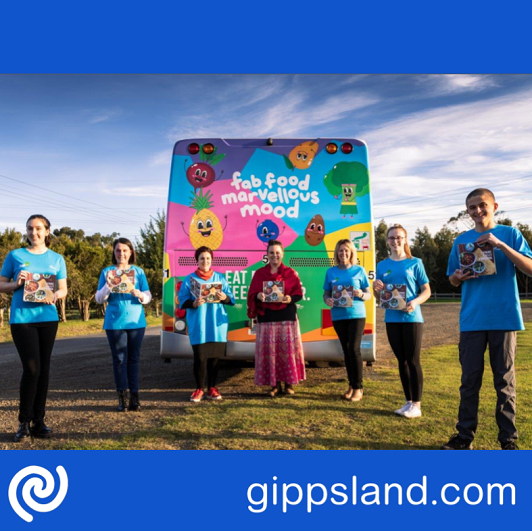 The first stage entailed colourful bus wrap-ups and the second stage has been launched, with new characters appearing in advertisements on Latrobe Valley buses and to also feature on Latrobe City Council's Facebook page. The characters were created by Luka Wild from Enable Design Studio.

The public will be able to see the campaign promoted on t-shirts worn by staff at Council's Early Learning Centres, Preschools, Supported Playgroups and Libraries. "The new cartoon characters include fruit, vegetables and a water bottle, and are designed to not only engage but draw attention to the advantages of consuming a healthy diet," Latrobe City Council Mayor, Cr Sharon Gibson said.

Cr Sharon Gibson said, "If we learn lessons about healthy eating at a young age, we are more likely to continue enjoying such a diet into the future and reduce our risk of diet-related medical problems."

Latrobe City Youth Council Mayor Natasha Murcott said, "I am looking forward to the changes that this project makes to the community. I believe it is so important to educate young people about the benefits of healthy eating so they can grow to live happier and healthier lives."

In Latrobe City, 17% of people experience high or very high psychological distress, significantly higher than the Gippsland (14.3%) and Victorian state averages (12.6%). More than half of people in Latrobe City do not meet the guidelines for the consumption of fruit and vegetables. The first stage of the Fab Food, Marvellous Mood campaign included posters, magnets and stickers in the community, social media posts on Council's Facebook page and t-shirts for events.

Food for all Latrobe Valley campaign

Council received funding from the Latrobe Health Assembly, through Food for All Latrobe Valley, to deliver the campaign which aligns with the Living Well Latrobe Municipal Health and Wellbeing Plan. Council also contributed funding and in-kind support.

The campaign came about after Food for All Latrobe Valley facilitated community consultation workshops discussing how food security solutions could be implemented locally. During these workshops, community members raised the issue of mental health as a barrier to people consuming a healthy diet and also a potential consequence of unhealthy diets over time.