The Nationals Member for Gippsland South, Danny O'Brien has tabled 312 signatures in Parliament, calling on the government to provide funding to replace the outdated Mirboo North stadium.

Member for Gippsland South, Danny O'Brien said he began collecting signatures in support of the Mirboo North community's desire for a new basketball stadium earlier this year after years of requests to the government falling on deaf ears. "The current gym and stadium in Mirboo North is shared by Mirboo North Secondary College and Primary School as well as serving as a community facility used by the Basketball Association, Mirboo North Football Netball Club and a number of other sporting and community groups." 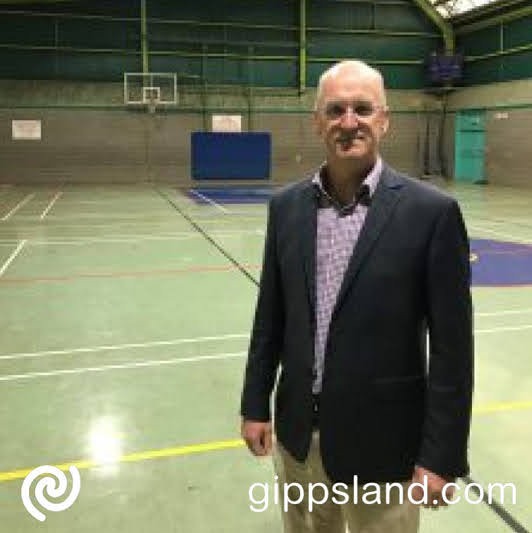 Mr O'Brien said, "It is clearly a well-used and important community asset, however its toilets are very ordinary despite recent cosmetic works, and there is asbestos and various building failures that need to be addressed as a matter of urgency. For sporting purposes, it doesn't even meet current standards - particularly with respect to size and run-off areas."

Mr O'Brien said he hoped the support demonstrated for the petition would send a clear message to the Andrews Labor government that the community wants action now. "I have spoken with both schools and the various sporting organisations over the years, and they have always demonstrated that they are keen to work together to deliver the best outcome."

"We are now just waiting for the state government to get on board and fund the project and I am hopeful that these signatures will show much the stadium means to the community." Mr O'Brien said he understood that the community would ideally like to have a second new court added and see the existing facility transformed for other uses but is willing to work with the government to discuss what can in fact be achieved.