Bellbird Park's main soccer pitch is set for redevelopment thanks to a $800,000 funding boost from the Victorian government's Local Sports Infrastructure Fund.

Works will complete reconstruction and upgrade of the playing surface. Currently during winter, poor drainage and surface issues impact the ability to train across the whole surface, maintenance is challenging, and matches are at risk of being cancelled. The new sand profile surface will increase the carrying capacity of the pitch year-round. It will improve playing and training conditions, improve safety and meet increasing demand for the sport of soccer, the growth of Drouin Dragons Soccer Club and Drouin's growing population. 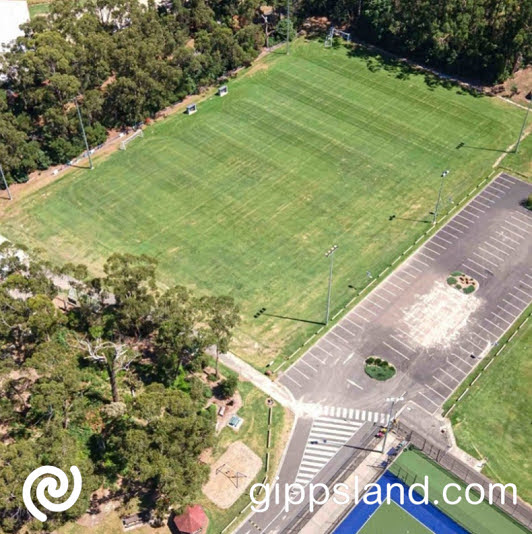 With the total project valued at $1.36 million dollars, the newly secured funds will cover the majority of works, with council contributing the $560,000 balance. Works are expected to commence late 2022, with the project being completed by June 2023.

Council was notified of the successful funding application via a letter from Minister for Community Sport the Hon. Ros Spence MP. This announcement builds on council's ongoing investment at the Bellbird Park sporting precinct to future-proof the facility ensuring it meets growing demand driven by increased sporting participation and population growth.

The revamped soccer pitch will coincide with construction of the new $4.13 million multi-use pavilion jointly funded by council and the Victorian government which is due for completion in mid-2023. For more project details, go to Bellbird Park East Pavilion.

Mayor Cr Michael Leaney said, "We're thrilled to improve the soccer facilities at Bellbird Park to keep up with growing demand for participation from all ages. These upgrades further complement council and the state government's $4.1 million investment in a multi-use pavilion and community events space at the facility. We thank the Victorian government for their continued investment in Bellbird Park helping us to maximise its potential as a main sporting hub in Baw Baw Shire."

"We currently cannot train on a third of the Pitch from July due to the unsafe conditions and the upgrade will allow us to use the pitch for both training and games all year round, including hosting Gippsland Soccer League finals. I would like to take this opportunity to thank Baw Baw Shire Council for their support for the Drouin Dragons and also the Victorian government for their generous contribution to this project." Mr Beer said.