Latrobe City Council has welcomed a $10 million election promise to progress the Gippsland Logistics Precinct from the Labor Party ahead of the Federal election.

Andrew Giles MP visited Morwell this morning to announce the commitment, which will be a substantial contribution to Stage 2 of the project. The funding will support the development of internal road and utility infrastructure and flood mitigation earthworks. When fully operational, this project will directly create up to 500 jobs, with its state-of-the-art facilities acting as a catalyst to attract new industries and opportunities to the region. 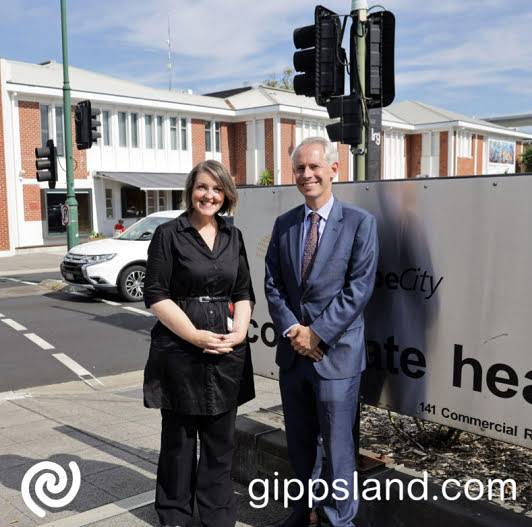 Mayor of Latrobe City Cr Kellie O'Callaghan acknowledged the support for the project. "The Gippsland Logistics Precinct is one of council's advocacy priorities and is crucial to the success of our region as we transform our economy.

"The precinct will position Latrobe City as the new centre for freight, serving as a catalyst for the attraction of new industries to the region and will support the economic growth of the broader Gippsland region."

"Latrobe City Council is ready to partner with community, industry and all tiers of government, leading transition through all its phases. We're asking all levels of government to invest in Latrobe's transformation and welcome the opportunity to speak to representatives from all parties." Mayor O'Callaghan said.

Major outcomes for our community

Cr O'Callaghan also said, "As a voice for community aspirations, council has successfully advocated to the government which has led to major outcomes for our community through our Strength Led Transition work,"