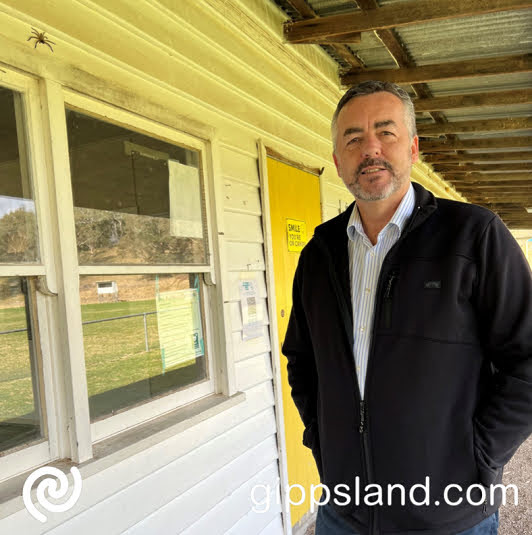 Federal Member for Gippsland Darren Chester at Ensay Recreation Reserve, is urging the Labor government to support funding for bushfire recovery projects in Ensay and Sarsfield

Mr Chester also said, "The communities of Ensay and Sarsfield were devastated by the Black Summer bushfires and the funding to improve the communities' facilities is a major part of the recovery process. I believe these projects warrant bipartisan support and the delays only prolong the trauma and stop the communities from moving forward."

Mr Chester said the previous government had announced $3.6 million for Sarsfield Community Recovery and $2.3 million for Activating Ensay Community. "The funding announced by the previous government would ensure local facilities were upgraded and could be used as a gathering space and meeting point during emergencies. This funding was announced by the former Deputy Prime Minister on March 24, 2022 well before the election and it is not a question of an announcement being made during caretaker mode. "

"Yet since the election, there has been no further updates in relation to these grants. This is causing further concern within the communities who have already been through so much. I urge the Labor government to show some common sense and support these communities as they recover from the Black Summer bushfires." Mr Chester said.