In honour of one of the Gippsland Community Leadership Program's (GCLP) founders, Wayne Casey, the Committee for Gippsland is pleased to provide the Wayne Casey Youth Scholarship every year to an emerging leader - a young regional community leader to participate in GCLP. 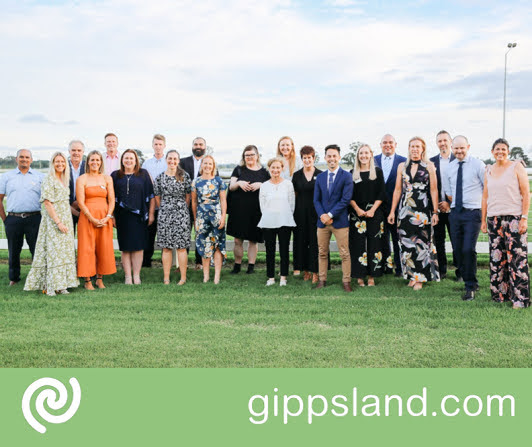 Successful recipients are selected because they are regarded as "emerging leaders" - people who are beginning to make a difference in their community and who will benefit from an in-depth, 10 month long immersive program designed to grow their leadership skills, their community networks and their understanding of our region. Please help us continue this scholarship and give a life changing opportunity to the next Gippsland emerging leader.

Wayne Casey was one of the original founders of GCLP who sadly passed away in 2019. In the early 1990s, while looking for ways to enable Gippslanders to participate in the Melbourne based Williamson Community Leadership Program (WCLP), he decided to create his own, which became the Gippsland Community Leadership Program (GCLP). Wayne was a family man. He and his wife Carol lived in Jeeralang, south of Churchill for many years where they brought up their two daughters - Emily and April.

Wayne was unbelievably committed to his community, and having undertaken the WCLP in 1992, returned even more determined to make Gippsland a better place to live and work. Wayne undertook many roles as GCLP grew. He was a typical volunteer - both member and chair of the GCLP Committee for many years, from 1995 to at least 2006.

He facilitated the program in 1998 and 1999 and when we needed him, he returned to deliver the program in 2004 and for a time while he was CEO at i-Gain. In 2006 GCLP awarded him an Honorary GCLP Fellowship with co-founder Heather Farley and the first chair of GCLP, John Hutchinson. Now GCLP is delivered by the Committee for Gippsland and to honour Wayne's legacy, the Wayne Casey Youth Scholarship was created to fulfil Wayne's dream of strong local leadership.

The Mirboo North & District Community Foundation is the new home for tax-deductible donations for the Wayne Casey Youth Scholarship. The foundation has been running for more than a decade and was born out of a need for local investment from the proceeds of the Mirboo North Community Aged Care Facility.

Please help us continue this scholarship and give a life changing opportunity to the next Gippsland emerging leader. To those who have already donated, thank you for your ongoing support. For more information on GCLP, including other scholarships we provide visit Committee for Gippsland website.